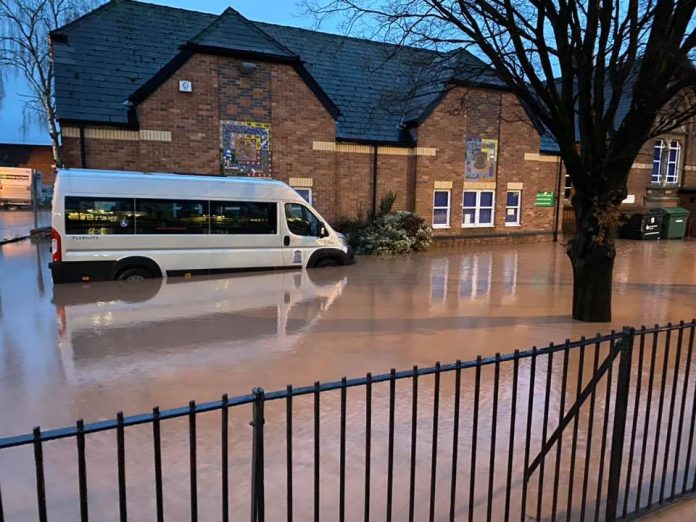 A planning application has been approved by Herefordshire Council for a Hereford based primary school to extend one of its buildings.

The plans, submitted by Holmer Church of England Academy on Holmer Road in Hereford, will see a first floor extension to the existing single-storey “Williams Building”, to include two-storey extension to front.

Herefordshire Council has approved the plans, with a flood report from Hydro-Logic Services offering advice to the school and local authority to help prevent the site flooding in the future.

The school is prone to flooding, with the most recent flood occurring in February 2020, when some parts of the school were under 40cms of water. The flood report identifies ways that the school and local authority could reduce the risk of flooding in the area. One option would be to build a flood wall, however this could cost tens of thousands of pounds, so the short term advice is for the school to install several flood doors and to purchase pumps.