REVEALED | When and where you can purchase a Hereford Monopoly board 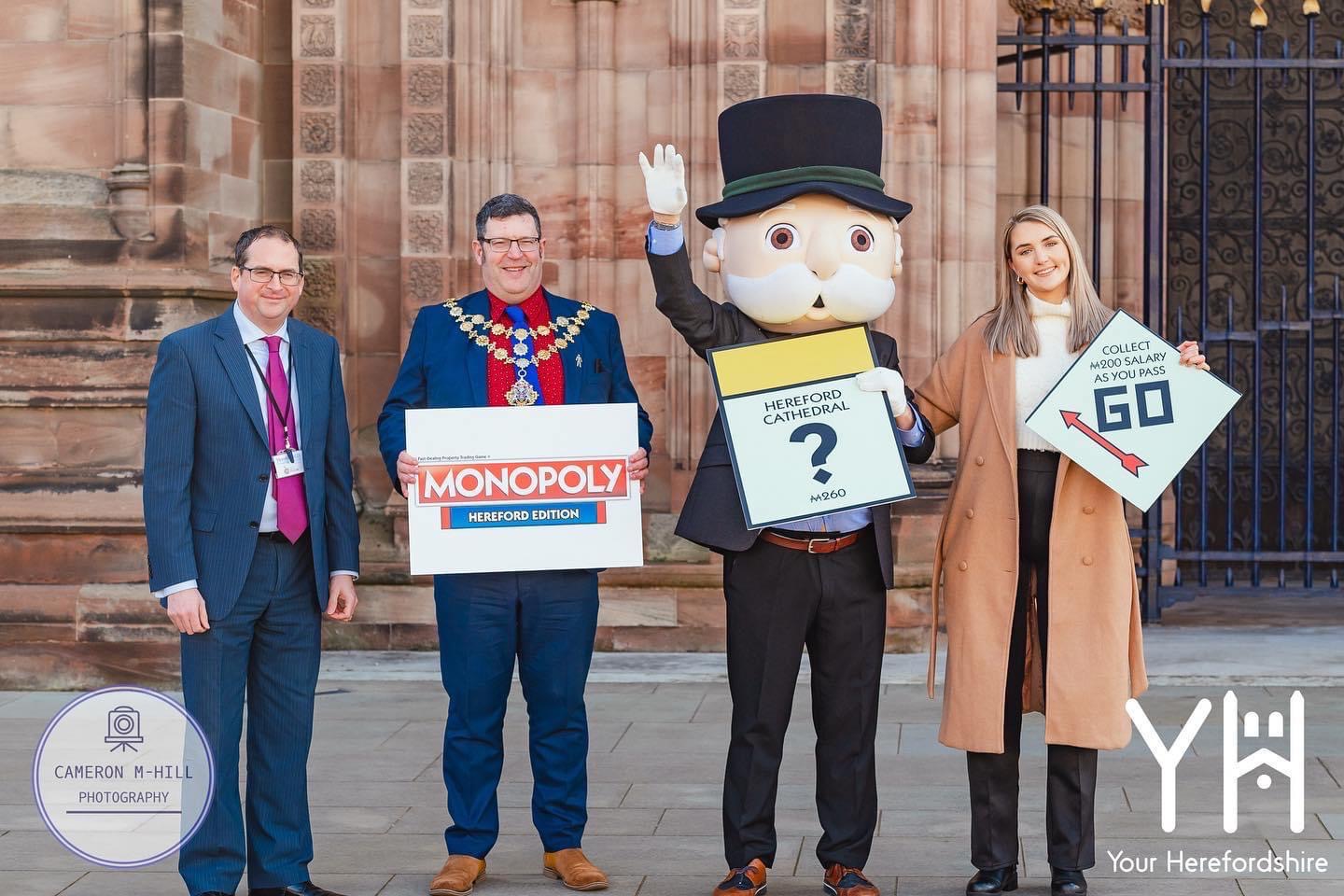 The new official Hereford MONOPOLY board is being launched in the city at 10am on Thursday 6th October – the same morning the game hits the shop, it is announced today.

And already stores in the city – and online – are taking pre-orders (a whole 152 days ahead of Christmas).

Ella Gibbs from Winning Moves UK, the firm producing the new board, says:

“The game will feature the great and good of Hereford and we would like to thank everyone who sent in suggestions during our public consultation period earlier in the year.”

The board is set to feature the following landmarks which have all been heavily tipped on social media:

In February it was announced that Hereford had seen off 24 other places to land its’ very own official MONOPOLY board.

The game will see the multi-coloured property squares all themed around city landmarks  – with the Chance and Community Chest cards customised too.

“We have been wonderfully spoilt for choice putting this game together.

“The game’s sets will be themed from heritage to tourism, culture to charity, sport to shopping – and more – and the train station quartet set that features in the classic original MONOPOLY is being handed over to a travel theme for the new Hereford edition. That’s because Hereford doesn’t have a multitude of main line stations to select from like in the London MONOPOLY original.

In all 30+ Hereford landmarks and favourites will be showcased in the game. Over the last 25 years Winning Moves UK has produced official versions of MONOPOLY .. from Dubai to Dublin and Sydney to San Antonio. Now the dice are soon rolling upon Hereford.