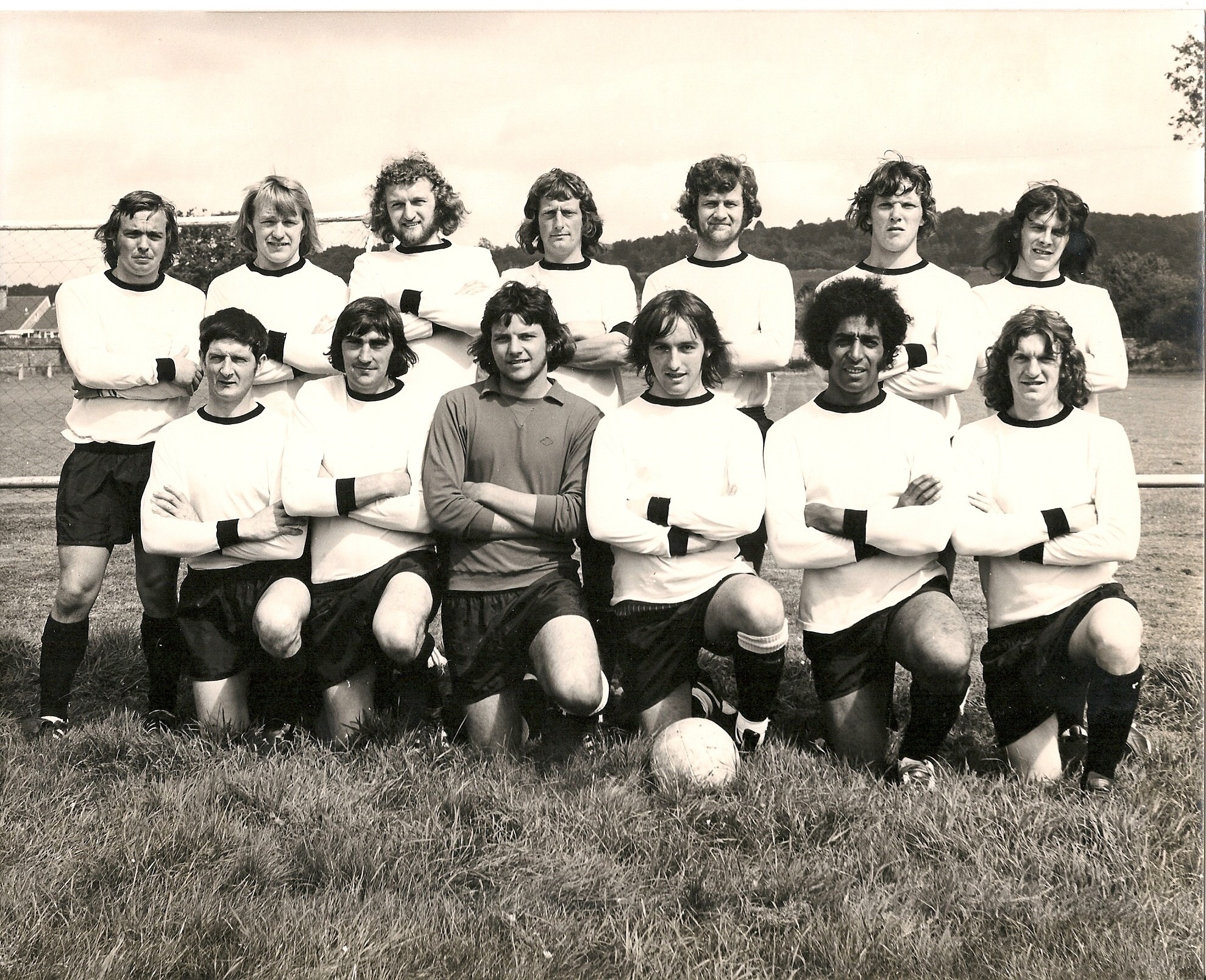 The club held a minute’s applause in honour of ‘Sticky’ before their recent pre-season friendly against Tuffley Rovers on the very New Street ground where he impressed so many with his skills on the ball during the 1960s and 1970s.

‘Sticky’ was known for his calm and controlled demeanour on the pitch just as much as his admirable talent, as former Ledbury Town chairman John Preedy attests:

“Rob was probably one of the most gifted players Ledbury ever had. I always believed he was years ahead of his time, in particular being a dead-ball specialist, and on today’s pitches with the current weight of balls, he would have been in his element.”

“He was never booked for fouling, and to my knowledge was never sent off. There are many people in Ledbury whom he taught while playing football with them at the Recreation Ground, and because of him, they went on to become better players.”

“Another thing that stood out, especially back in those days was that ‘Sticky’ never drank alcohol, so he was always as fit as a fiddle – especially on a Saturday when a few of us were a little worse for wear after a Friday night!”

“Rob was also one of Ledbury’s first semi-pros, and entered many five-a-side games as part of a team who rarely lost games. In fact, other sides hated playing them!”

Ian Colwell, team-mate of ‘Sticky’ during the early 70s when the senior Town side were under the management of Bob Pullen, echoed Preedy’s sentiments:

“Even though I only played with Rob for three years, to me he was the main man and one of my heroes; playing matches alongside him were dreams realized.”

“Forever the perfectionist, the boy in him took him down the ‘Rec’ every minute possible. He was a great passer of the ball, and a free kick taker of the very highest quality. When the newer type of ball arrived on the scene, he practically perfected the in-swing and outside of the foot shots.”

“Rob was an even-tempered person however, and never aggressive. One of my fondest memories was when we played a Midlands match against higher-division Bromsgrove. Before the game, he jumped up and swung on the crossbar which left the home crowd calling us ‘farmers’ and ‘yokels’ – he swiftly went on to destroy the opposition during the match and gave us a memorable win!”

Son Neil was too young to remember his father’s playing days, although the love which ‘Sticky’ had of the beautiful game clearly rubbed off, with Neil having being involved with Ledbury Town for a number of years now as a player and supporter, more recently cheering on his own son Kai playing football for both the club’s reserves and Swifts sides.