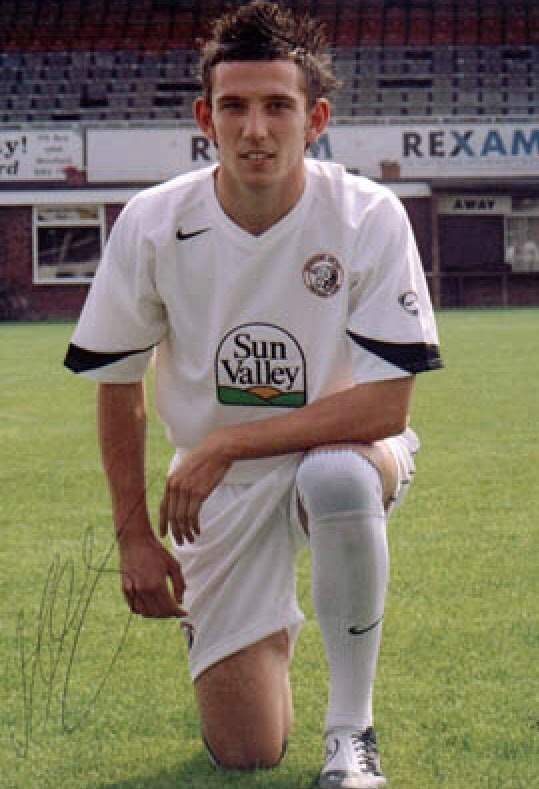 Craig Stanley was born in Nuneaton on the 3rd March 1983. He started out at Walsall but never played a game. He had a brief loan spell in Scotland with Raith Rovers and spent the end of the 2003/2004 season with Telford United. They unfortunately went bankrupt at the end of the season and Stanley needed a new club.

Stanley told me how he ended up at Edgar Street “John Trewick had been the youth team coach at West Brom and when I was at Walsall we regularly played them. I was playing at Telford, but they went bust, they were starting up again but I didn’t want to drop that far low down the pyramid. John Trewick was now the Hereford United coach and he got in contact and asked me to meet the Hereford manager Graham Turner”

Stanley tells me his first impressions of Graham Turner who as well as being the manager owned the club “He was very old school, he could be very strict, but he told me that I would be an integral part of the team and I could tell he had assembled a good squad so I signed a one year deal”

Stanley started his Hereford career well with goals against Ebbsfleet and also League Two side Scunthorpe United in the LDV Trophy.

“It’s so important to get off to a good start, I wanted to prove a few people wrong. I played pretty much every game that season in midfield with either Jamie Pitman or Graham Hyde, as a team we must have played around 60 games that season, we had a small squad so we all had to play a part”

The Hereford team were extremely fit. A lot of this attributed to the work of fitness coach Tony Ford “Fordy was very old school and had been a weight lifter in the Commonwealth Games in the 1970’s, it was important we stayed injury free as we couldn’t afford a big squad of players”

Hereford reached the 2004/2005 Play Offs after finishing 2nd in the Nationwide Conference “Barnet won automatic promotion and we faced Stevenage over two legs, we drew 1-1 down there, DCB scored a fantastic goal, I was probably at fault for the equaliser as I lost my man, who then got the ball out wide and then it was whipped for Dino Maamaria to score”

Hereford faced Stevenage in the 2nd leg at Edgar Street “They were a really difficult side to play against. Their manager was Graham Westley and he had them well drilled and organised. It was a fairly even tie, but out of nowhere their lad hit a shot which took everyone by surprise and it hit the woodwork. Maamria headed in the rebound. It was such a disappointment to be knocked out”

Stanley continued “The Hereford fans were so upset and frustrated, it had been the 2nd season in a row this had happened. It was unfinished business for me so I signed a new contract. We just needed to be a bit more streetwise. I could sense Graham Turner and John Trewick were more determined and we would give it a right go in pre-season”

Hereford had played some excellent football, but also seemed to struggle against the more physical teams. Graham Turner thought this too and added plenty of experience that summer. Alex Jeannin, Jon Brady, Wayne Brown, Guy Ipoua and Stacy Coldicott were all signed.

“We were definitely a lot more experienced and understood how to see out a game, we would grind out the wins, but we were more of a consistent side”

Hereford would reach the Play Offs again and defeated Morecambe in the Semi Finals. The Bulls would face Halifax at the Walkers Stadium in Leicester on the 20th May 2006.

“It was a huge game, we couldn’t afford to lose, plenty of pressure on us, we took lots of fans”

Stanley nearly scored midway through the 1st half with a 30 yarder. He jokes “It was a combination of a tackle, shot ,cross and deflection. It surprised their goalkeeper and he only just managed to tip it over the bar”

After 90 minutes the game was level at 2-2. Stanley was substituted for Jamie Pitman. “It had been a brilliant game, but I was suffering terribly with cramp. I am diabetic so I need to manage my blood sugar levels, I didn’t get it right that day. The symptoms of this are that if I don’t get my sugar levels right then I cramp up, so Graham (Turner) had to sub me”

In the 2nd period of Extra Time Ryan Green’s superb shot won it for Hereford. Stanley laughs “My cramp had cleared up by then and I raced down the touchline to celebrate with the players”

After the celebrations had died down a few days later it was a case of Graham Turner deciding who to keep on for the following season, sadly a lot of the players who he wanted to retain ended up leaving for other clubs. Stanley was one of them “I didn’t want to leave, but I just felt the contract offered to me wasn’t what I deserved. I had played around 100 games in those two seasons and I thought I deserved a better deal. I was an important part of the team”

Ryan Green left to join Bristol Rovers, Adam Stansfield signed for Exeter City, Daniel Carey-Bertram linked with Cambridge United and Stanley ended up with Morecambe. It turned out to be a great career decision.

“I was glad in a way that my time at Hereford had ended on a high. I signed a two year contract at Morecambe and stayed at the club for five seasons. In my first year we won promotion at Wembley in the Play Offs and I was now a Football League player”

“You can see how hard the National League is now with the likes of Notts County and Wrexham in it who are big clubs, there’s also going to be Southend United dropping down next season, we had a great set of lads. I still speak to DCB and Alex Jeannin and I see Wayne Brown is the goalkeeping coach at Oxford United, it’s just a shame how quickly things change, but I try and keep up to date on Social Media”

Stanley made it into the national news last year when he won £25,000 “I’ve always been interested in horse racing, so I had a go on the ITV Lucky Seven competition, its a free bet and you need to pick seven winners, well I did and shared £50,000 with another person. It helped me out financially during Covid when I wasn’t able to play”

Stanley now earns a living working in Southampton at school with children with behavioural problems “It’s a rewarding job and it means I can give something back, I’m hoping to play again next season and eventually would like to move into coaching and management. I had a brief spell at Lancaster in caretaker charge and enjoyed it” 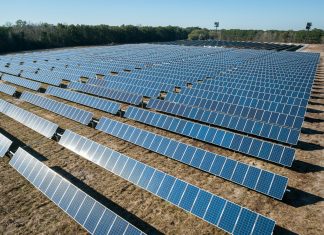 24/05/2022
Plans for a huge solar farm the size of more than 50 football pitches on the outskirts of Hereford has been given...