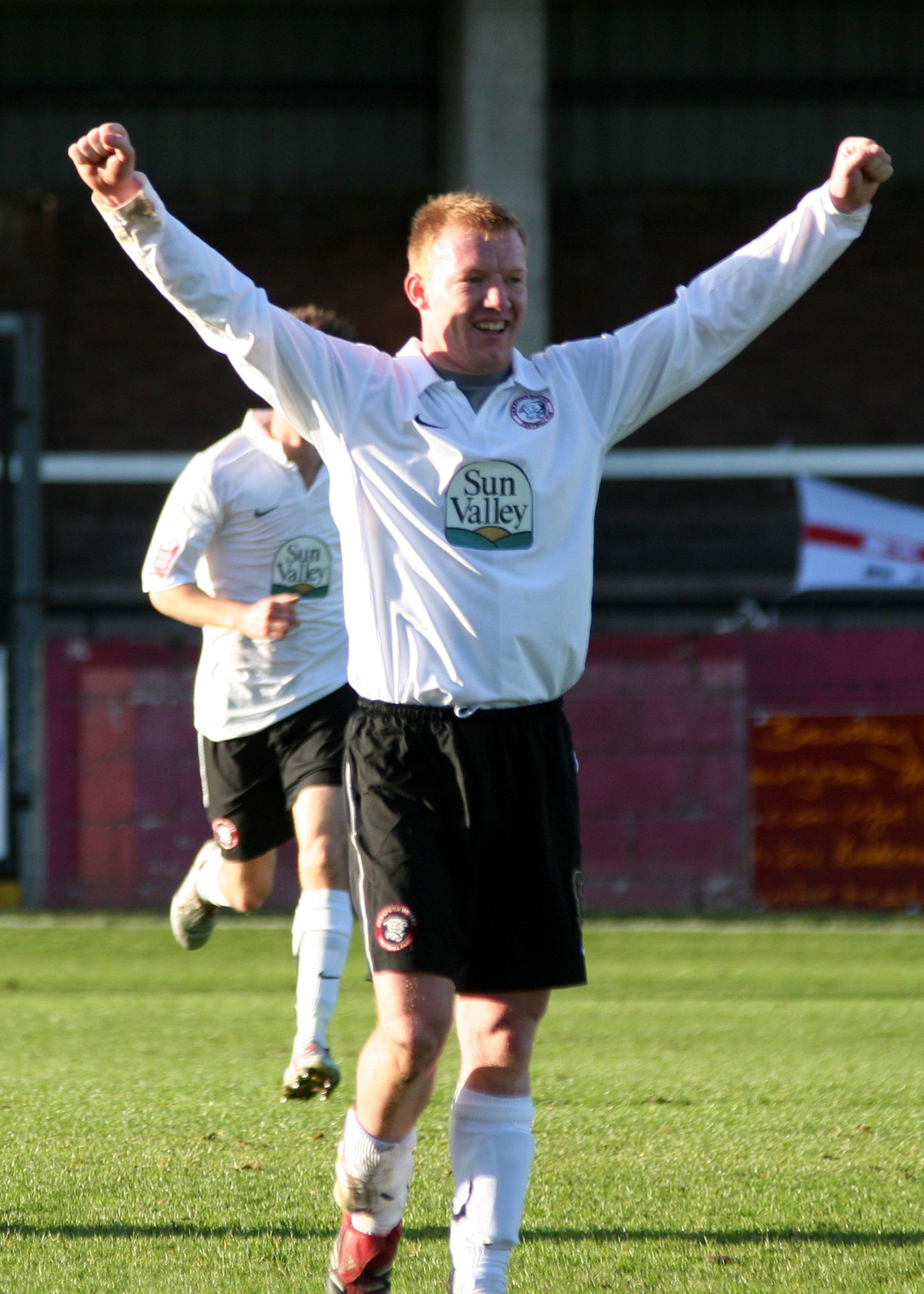 Andy Ferrell was born in Newcastle on the 9th January 1984. He started out as a professional at Newcastle United but never made a first team appearance. He spent a season at Watford and arrived at Hereford United in the summer of 2005.

The Hereford United coach was John Trewick and he was a former Newcastle United player. I asked Ferrell if that swayed his move to Edgar Street”

Ferrell told me “I spoke to Peter Beardsley (Newcastle coach) and he spoke highly of John Trewick, he was a Geordie and we got on well, I had 4 or 5 other clubs after me, but Hereford seemed the right choice”

Ferrell made his Hereford debut in a 4-0 win against Scarborough on the opening day of the 2005/2006 season.

Being from Newcastle and playing for Hereford United. I asked Ferrell if he had any stick from his mates about 1972 and the famous FA Cup win where Hereford beat Newcastle 2-1.

“No, hahaha its the first thing they said though, how’s Ronnie Radford and Ricky George. I settled in straight away, lovely part of the world”

Ferrell scored his first Hereford goal in a 1-0 win against Morecambe on the 17th September 2015.

Ferrell was a combative midfielder and in his first season at Edgar Street he formed a partnership with Craig Stanley. It’s not surprise that he relished the local derbies.

“I enjoyed the Shrewsbury games, liked kicking lumps out of them, the Kidderminster Harriers matches were also good. In terms of atmosphere the best I played in was the Play Off Semi Final against Morecambe where we won 3-2”

Hereford faced Halifax Town in the Play Off Final on the 20th May 2006 for a place in the Football League.

“Its a shame we missed out on Wembley as it was being rebuilt, we played at the Walkers Stadium in Leicester, we took around 15,000 fans. I had two coachloads of Geordie’s come down to watch me. I cherish those times”

Hereford would win 3-2 after Extra Time. The Bulls were 2-1 down but Guy Ipoua equalised. Then near the end Ryan Green scored a famous winning goal.

Ferrell remembers the Cameroonian with affection “Guy was funny, he didn’t really start that many games, Adam Stansfield and Andy Williams were our main strikers, but Guy bought a lot of experience to the team and was there when we needed him”

Hereford would be a Football League club for the 2006/2007 season and Ferrell started the majority of the games early on in the campaign.

“I enjoyed the step up to League Two. I was ok up till Christmas, I got injured and suspended, then Ben Smith came in. he was a different type of player to me, he was more of a playmaker. Craig Stanley had left the season before and we had a good understanding. I scored against Port Vale in the FA Cup, but I was out of the team and ended up going on loan to Kidderminster Harriers”

Ferrell was released at the end of the season and joined Kidderminster Harriers. He later played for York City, Gateshead, Barrow, Blyth Spartans, Bedlington, Ashington, Whitley Bay and was the Player Manager at Bedlington Terriers.

Ferrell though was arrested in 2012 and in June 2013 he was sentenced to four years in prison for his part in a major drug dealing gang.

“I’ve never ducked a question in my life, when I was a young lad at Newcastle I was from a rough area. I took the right path and went into football, when I was at Newcastle the only course we did was in IT. I have no interest in that, the PFA need to give players options to do plastering, or bricklaying courses, just to give them something to fall back. I fell into the trap of gambling, as I moved clubs my wages were going down and I used to gamble thousands of pounds. I was chasing the money and made a serious mistake. Life is all about learning”

It was a former Hereford United manager who kept Ferrell’s spirits up whilst he was in prison.

“Martin Foyle had been my manager at York City and he would write to me regularly. At the time he was managing Hereford and we talked about the club, he came up to see me, two of my best mates are from Hereford. Robbie Symonds and Scotty Bruton have been on holiday with me plenty of times, both really good lads”

“I still speak to the likes of Ryan Green and Dean Beckwith, the best memories of my career were at Hereford, we had a good togetherness on the pitch and off the pitch, we spent a lot time with the fans, we all had each other”

Hereford FC will face Hornchurch on the 22nd May 2021 in the FA Trophy Final “I always look out for their results, I’ve been to a couple of games in the north east when Hereford have played and it’s great to catch up with the fans”