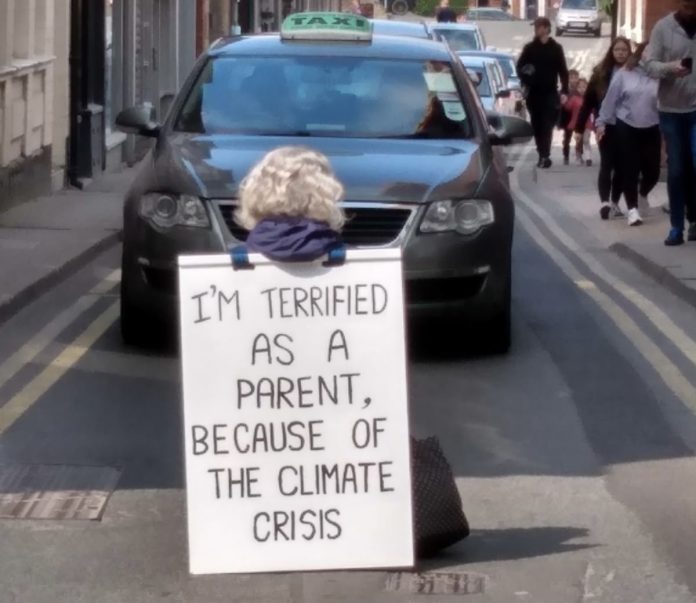 A protester has demanded action on climate change by blocking a busy street in Hereford city centre this morning.

Extinction Rebellion have planned protests across the country this weekend and targeted West Street in Hereford this morning, causing long queues of frustrated motorists.

West Mercia Police attended the protest and a woman was taken away by officers after around 30 minutes and the road was reopened.