One of the aims of the Academy is to create a strong player pathway between the Academy and Hereford FC senior team.

Efforts have continued this season to bring the Academy and first-team closer together with several Academy players having trained with the first-team and also making their senior debut for The Bulls during the HFA Cup win over Hinton. Academy players are once again likely to feature in the next round of the competition with Russell Slade and Academy Manager Andy Bevan looking to help give the youngsters more of a taste of senior football.

Recent success stories for the Academy include Brandon Powell; a member of last seasons U18s squad who is currently dual registered with The Bulls and Pegasus. Having enjoyed a successful season so far with Pegasus, Powell made an impressive full senior debut on New Years Day for Russell Slade when he came in as cover for Brandon Hall who was absent through illness.

Fellow former Academy players Liam Bishop and Connor Davies-Austin have also been involved in the first-team squad this season and have both benefited from playing senior football for Mangotsfield and Pegasus respectively.

U18 captain Rob Whitlock, attacking midfielder Archie Muirhead and defender Toby Raison have also all featured in the senior squad on matchdays; travelling to away games or being involved in the pre-match warm-ups. Whitlock was an unused substitute in the New Years Day win over Kidderminster Harriers.

Members of the U18 squad also regularly attend first-team training sessions to help integrate them with the senior squad.

Outside of the first team, more Academy players are gaining experience of senior football with Callum Wood, Frank Pemberton and Morgan Evans (Cinderford Town), Iwan Hooper (Pegasus) and Rob Whitlock (Wellington) all playing on the weekend for sides not too far down the footballing pyramid.

“It’s a promising time,” says Academy Manager Andy Bevan. “Russell has really embraced members of the U18s and it’s been great to see them included in the first team set up on a number of occasions.

“Even just being involved in training or the pre-match warm-up or being in and around the changing rooms on a matchday can give the youngsters a real insight into senior football and is a fantastic experience for them.

“Hopefully Academy players will continue to progress and become more heavily involved in the first-team squad. Our aim is to produce Academy players who can consistently compete for a first-team place. Wouldn’t it be great to have ‘one of our own’ playing week in week out? “There’s still a lot of work to do, but by players and coaching staff continuing to work hard, we’re definitely moving in the right direction.” 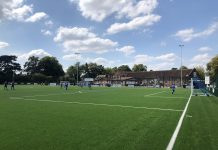 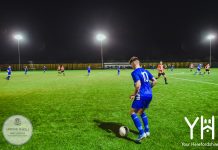 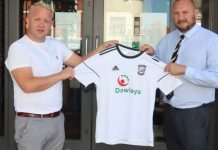 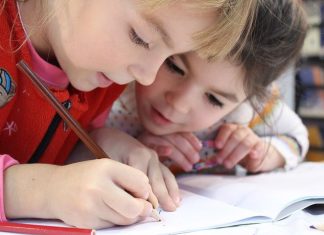 09/08/2020
Boris Johnson has once again stressed the importance of getting students back to school in September, raising the possibility that pubs, restaurants,...

NEWS | Police continue to take action against drivers that are...