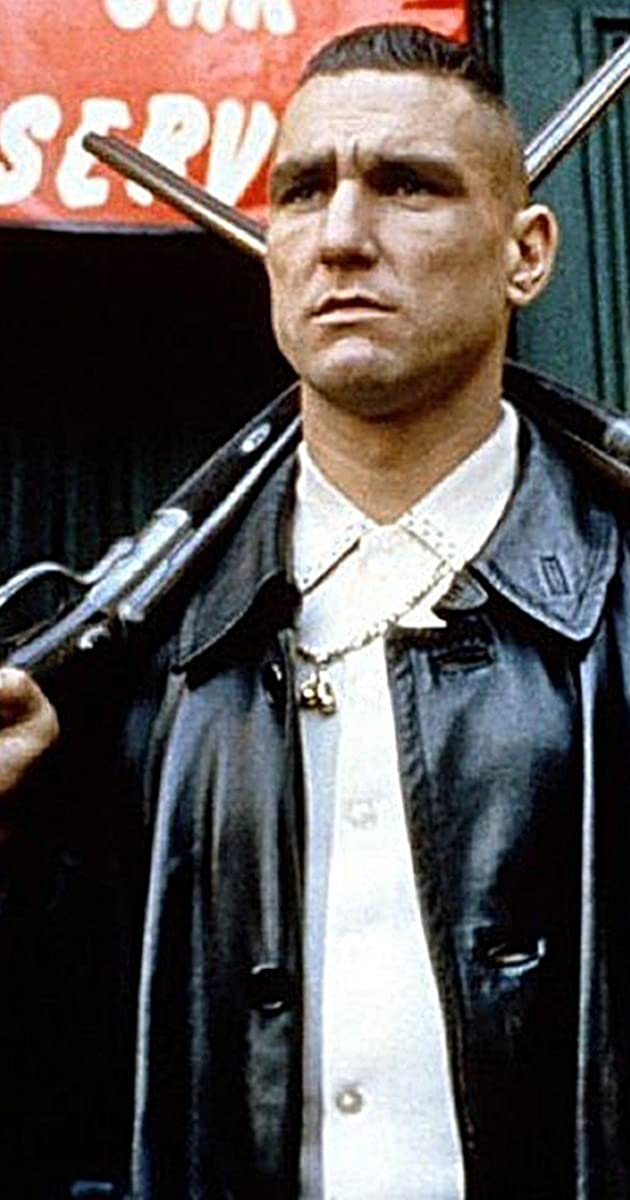 Vinnie Jones was recently featured on Piers Morgan’s Life Stories. The former football hardman spoke candidly on how the death of his beloved wife Tanya affected him.

Before Jones became a film star, (can you remember Bullet Tooth Tony in Snatch?) He was a member of Wimbledon’s notorious Crazy Gang who played Hereford United in the Coca Cola Cup in the Autumn of 1993.

Wimbledon had been elected to the Football League at the expense of Workington for the 1977/1978 season. They enjoyed a fantastic rise to the top flight of English football by winning promotion to Division One (now the Premier League) in 1986; two years later they beat Liverpool 1-0 to win the FA Cup. The brilliant BT Sport documentary “The Crazy Gang” is a must watch to see what went on at Plough Lane back in the 80s.

Back then, the Coca Cola Cup (Now the League Cup, or Carabao Cup)  was played over two legs, and Premier League clubs would take the game seriously by fielding a full-strength side.

In the previous round, in an awful display Hereford had lost 2-0 to Torquay United in the first leg at home at Edgar Street. In the second leg at Plainmoor, it seemed a foregone conclusion that Hereford would be knocked out, but goals from Leroy May and Derek Hall made it 2-2 on aggregate, which took the tie to extra time and penalties, where Hereford came out tops in the shootout.

Dave Morris had returned to the line-up that evening in Devon.

“Back then, we knew we would get two games against a Premier League side, when the draw was made we were disappointed it wasn’t Manchester United or Liverpool, but we were looking forward to taking on the Crazy Gang,” said Morris.

Dave Morris had joined Hereford from Bournemouth in February 1993 and was given the job of man marking Robbie Earle.

Morris said: “I wasn’t the most technically gifted of players, but the manager Greg Downs asked me to mark Earle. I clouted a Wimbledon player early doors. I was wearing the number 6 shirt that night. I heard Jones tell Fashanu, ‘Oi number 6, he needs to get sorted out’. I thought I better watch myself from now on.”

Fashanu is now known as being in plenty of reality TV shows, and hosting Gladiators, but he earnt a reputation of being a notorious football hardman. According to Morris who encountered a 50/50 challenge with him ‘he was like touching concrete!’

Fashanu was bought up in Dr Barando’s orphanage with his older brother Justin. Justin had joined Nottingham Forest from Norwich for £1 Million in 1981, but his career dwindled, and after notoriously being involved in tabloid scandals, he tragically took his own life in 1998. John made it to the top after spells in the lower leagues with Lincoln and Millwall. In the BT Sport documentary, Jones recalls Fashanu as being a “hard tough man”

At the start of 1993, Leroy May was playing non-league football with Tividale and made the jump from amateur midland football to the professional football league. He recalls coming across Fashanu in the warm up. May told me: “Fashanu called me over by shouting, ‘come here young man’. I told him how I had joined Hereford from non-league football, Fashanu said to me whatever you do, make sure it’s always good.”

Gareth Davies was a second year professional that season and his job was to mark Fashanu. Experienced central defender Kevan Smith had been signed to help Davies with his football education.

“Fashanu shouted to goalkeeper Hans Segers, ‘Hans, kick me the ball, I’m a warrior, a leader of men, there is a shield around me, no one can touch me’.”

Davies then added: “Segers threw the ball to future England full back Warren Barton, who then smashed the ball towards Fashanu, we both ran to the ball, but Fashanu head butted me, he snarled, ‘don’t show no pain to me wee man’. I was 19 and thought this is mad.”

Wimbledon took the lead midway through the first half. Substitute Andy Clarke’s mishit shot deceived keeper Alan Judge and rolled into the net.

With a crowd of just under 5,000 roaring Hereford on, goalkeeper Alan Judge kept the score down, and Segers made a late save to deny the Bulls an equaliser.

“Colin Anderson was awarded man-of-the-match that night,” said May.

Anderson was in his second season at Edgar Street and his prize was a mountain bike.

It was down to London on October 5th for the second leg.

Wimbledon had previously played at the run-down Plough Lane, but from 1991 were ground sharing at Crystal Palace’s Selhurst Park. A disappointing crowd of 2,151 showed up, which was 400 less than watched Hereford away at Torquay in the previous round.

Current Notts County manager Neal Ardley put the Dons ahead, and then Vinnie Jones made it 2-0. Just before half time it was all over as Dean Holdsworth made it 3-0.

Leroy May recalled: “John Scales man marked me out of the game that night, I never got a sniff, he joined Liverpool the following week for £3.5million.”

Hereford pulled a goal back through Derek Hall, a fantastic 20 yarder, but Wimbledon were always going to win it. Earle made it 4-1 near the end. and Hereford bowed out 5-1 on aggregate.

Davies enjoyed the experience and would later sign for Crystal Palace and go on to win promotion to the Premier League with them in 1995.

“John Fashanu was an old school player, who played mind games, as a young professional it was great to play against him,” he said.

Wimbledon finished sixth in the Premier League that season, and remained in the top flight until 2000. They then relocated to Milton Keynes and became the MK Dons. A new Wimbledon was formed in 2002, and started at the bottom of the English football pyramid. They enjoyed a successful rise, and less than 10 years later were back in the Football League. They currently play in League One.

“It was fantastic seeing Edgar Street packed out for the first leg” said May.

“It was the biggest attendance I had played in at the time, and I will always remember the buzz of the crowd.”

*Thank you to Dave Morris, Gareth Davies, Leroy May & Ron Parrott for their help in this article*