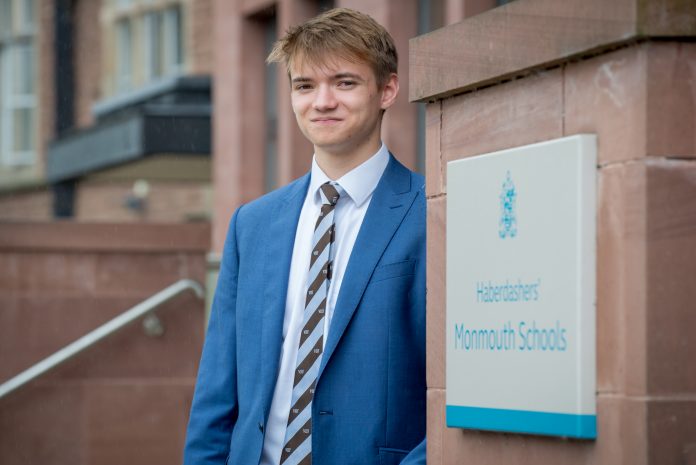 Students at Haberdashers’ Monmouth Schools are celebrating their A level results after an extraordinary chapter in their young lives.

The students in Monmouth Schools Sixth Form showed maturity and resilience throughout the coronavirus pandemic, which disrupted their studies.

This is also the first A level cohort to have been fully integrated in Monmouth Schools Sixth Form since co-educational teaching was launched in September 2018.

There have been outstanding individual performances, while 50% of all grades were A* to A and 75% were A* to B.

Three students at Monmouth School for Girls have secured places at Oxbridge.

Eva Barry has been awarded A*s in Maths, Chemistry and Physics and an A in Further Maths and will be taking up an offer to read Chemical Engineering at Queen’s College, University of Cambridge.

Soha Shanbhag will also be heading to the University of Cambridge, to study Modern and Medieval Languages at Murray Edwards College, after achieving A*s in English Literature and History and an A in German.

Allensmore’s Ellie Cole achieved A*s in French, German and As in Latin and Russian and is planning to take a gap year before applying to the University of Oxford to study Modern Foreign Languages.

And Ocrop’s Lili Stiff achieved an A* in Fine Art and As in French, Chemistry and Biology and will be heading to the University of Bristol to read Biology.

Budding linguist Jena Curtis has secured an A* in German and As in both French and Russian and has an open application to read a degree in German and Czech at the University of Oxford.

Head of School at Monmouth School for Boys, Joe Harrison, who lives near Ross-on-Wye, has been awarded A*s in French, History and Mathematics and will read History and French at the University of Bristol.

Captain of the 1st XI football team, Anan Kuleindiren has scored A*s in Biology, Chemistry and Mathematics and an A in Further Maths and will study Medicine at University College London.

Jack Lam also excelled, securing A*s in Mathematics, Further Maths and Physics and an A in Chemistry. He will now head to Durham University to read Mathematics.

Rugby player Adam Williams, who represents Dragons Rugby, will take up an offer to study Medicine at Cardiff University after being awarded As in Biology, Chemistry and History.

Cricket captain, Thomas Franklin, recorded an A* in Mathematics and As in Chemistry, Further Maths and Physics and will be heading to the University of Bristol to read Mechanical Engineering.

Other outstanding candidates include sports scholar, Elinor Hart, an international lacrosse player with Wales, who achieved A*s in Psychology, PE and Geography. Elinor, who has raised more than £5,000 for the Cardiac Risk in the Young (CRY) charity, will be studying Psychology at Loughborough University.

Fellow Wales international lacrosse player, Bethan Morgan, a Music and Sport scholar from Ross-on-Wye, will read Psychology at the University of Warwick after recording A*s in English Literature, Music and Art.

Deputy Head Girl at Monmouth School for Girls, Esme Phillips, will study Modern Languages at Durham University after being awarded two A*s and an A.

Amelia Gray, who achieved two A*, an A and an A in EPQ, is also be taking up an offer at Durham University to study Modern Languages and Cultures.

Mrs Jessica Miles, Headmistress at Monmouth School for Girls, said: “These have been extraordinary times to be taking A levels and we are overwhelmingly proud of the maturity and resilience shown by our Year 13 students.

“The class of 2020 has worked hard and navigated its way through unprecedented circumstances brought about by the coronavirus pandemic and unfortunately we have not been able to mark key milestones with them, such as speech days and end of term celebrations, or to say our goodbyes.

“Therefore, it is always a relief when the hard work is recognised and we are delighted that the vast majority of our students have been successful in achieving places at their first or second choice universities.

“We look forward to the day when we are able to mark their achievements and their time at school.”

Mr Simon Dorman, Acting Head at Monmouth School for Boys, said: “We share the frustrations of our students who were not able to sit their A level exams this summer due to the pandemic and whose grades have been calculated.

“We are proud that 50% of all grades were A* to A, meaning that the majority of students’ expectations have been met or exceeded.

“We believe that the positivity shown by our students over the past five months during such difficult circumstances should help them to deal with the challenges they may face in the future.

“The students always work extremely hard at Monmouth in their academic studies and achieve excellent results alongside being so heavily involved in many activities across the schools.”

Principal, Mr James Murphy-O’Connor, paid tribute to the teaching staff at Monmouth for their dedication and professionalism.

“The dedicated teaching staff at Monmouth rose to the challenge brought about by the pandemic and these results also illustrate their professionalism and hard work,” he said.

“The teaching staff were asked to provide assessments on every Year 13 student and combined that with managing a hugely successful switch to our online teaching programme.”

Allensmore’s Ellie Cole achieved A*s in French, German and As in Latin and Russian and is planning to take a gap year before applying to the University of Oxford to study Modern Foreign Languages.

Ross-on-Wye’s Joe Harrison has been awarded A*s in French, History and Mathematics and will read History and French at the University of Bristol. 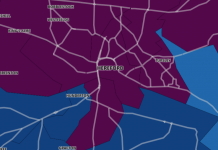 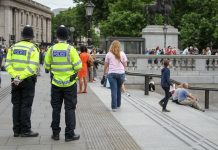 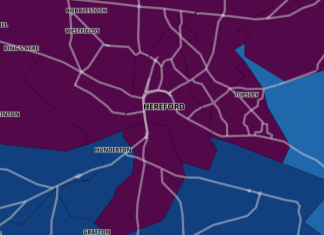 16/01/2021
Herefordshire’s COVID-19 infection rate has been rising until the past couple of days with data released today indicating a slight fall for...