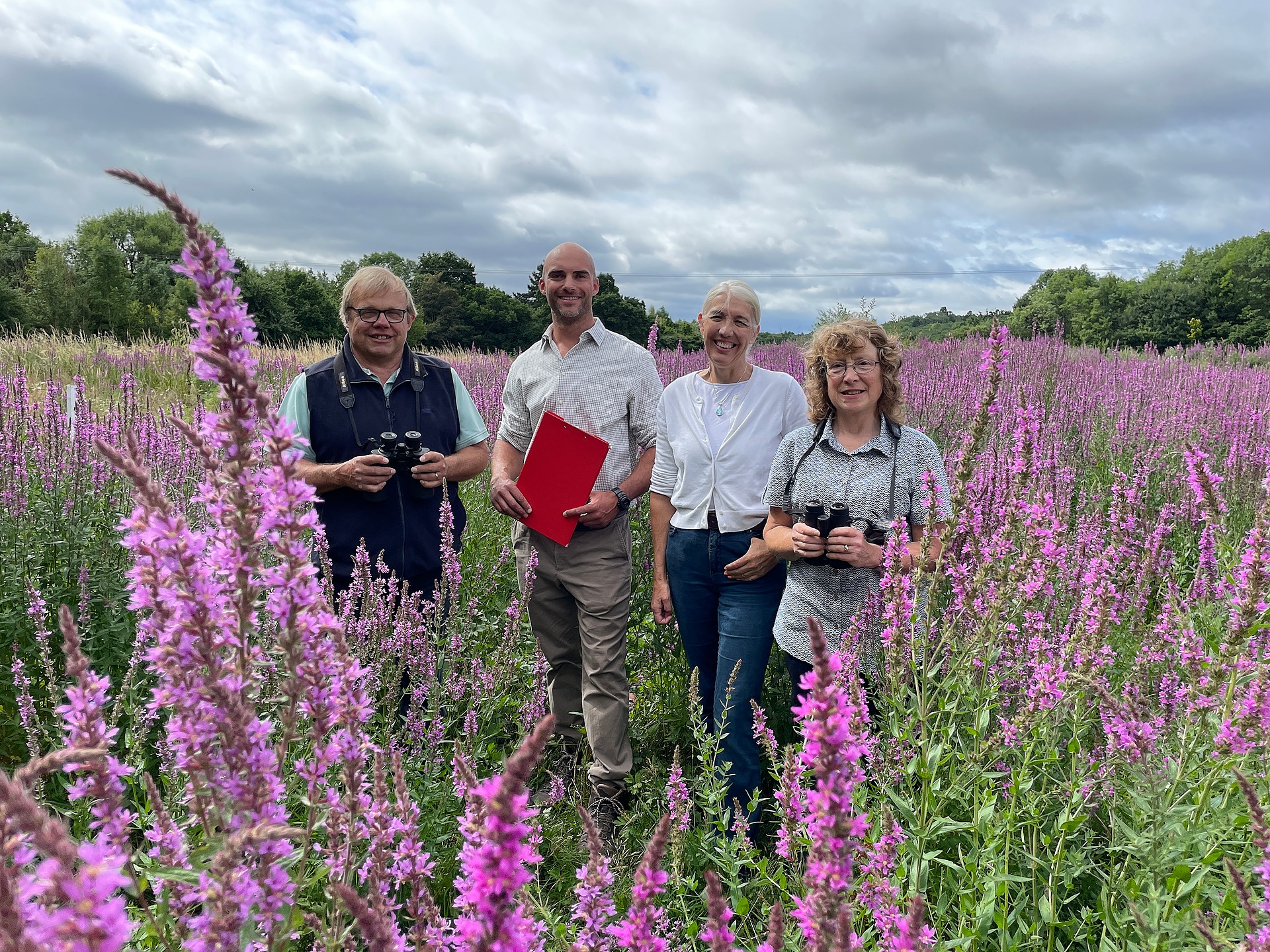 Malvern Hills District Council has joined forces with the Royal Society for the Protection of Birds (RSPB) to improve biodiversity and protect vulnerable bird species at a meadow in Hallow.

The council bought 18 hectares of degraded arable land in the River Severn floodplain at Hallow in 2020 and is embarking on a project to restore the land to a species-rich flood meadow. This will feature scarce and important habitats including wet woodland and fen.

Working closely with a local group from the RSPB, the project will aim to improve overall biodiversity of the site and specific habitats which could provide a sanctuary for vulnerable meadow plants such as snakes-head fritillary and mammals including several bat species.

In addition, the River Severn is an important bird migration highway, the restored fen and marsh habitat would form an invaluable refuelling site for hard-pressed migratory birds and enable declining species such as lapwing, and redshank to breed.

Alastair Pounder, the council’s recently appointed Biodiversity Project Officer, will focus on the regeneration of the site to create a species-rich meadow of grasses and wildflowers, improving the soil and floodplain meadow through careful livestock grazing and a hay cut in late summer.

The Environment Act 2021 introduced Mandatory Biodiversity Net Gain (BNG) requirements for all major planning applications and from November 2023 developers will have to assess the biodiversity value of their site and demonstrate a minimum 10% net gain in post-development biodiversity, either by habitat creation or enhancement on-site, off-site, or via purchase of ‘BNG credits’ where the former is not possible.

The council recognised the potential for trading biodiversity units to generate income from its landholdings to developers purchasing BNG credits with the land at Hallow offering tremendous potential and with these revenues funding further worthwhile environmental initiatives.

Alastair Pounder, Biodiversity Project Officer at Malvern Hills District Council, said: “The council’s investment in land at Hallow demonstrated foresight in a changing environment. It provides the opportunity to restore and conserve precious habitats for wildlife and people in the district while contributing to climate resilience through carbon capture, improving water quality and alleviating flooding.

Cllr Beverley Nielsen, Portfolio Holder for Environment at Malvern Hills District Council, said: “The potential to fund this project and other crucial environmental works across the district through the trade of BNG credits is a game changer. The site can generate income back to the council, equalling more than four times the purchase price and, at the same time, providing exciting scope for many additional sustainability and biodiversity projects.”