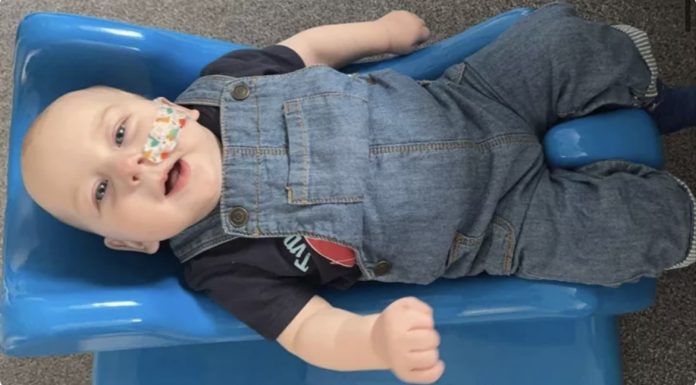 Friends and family are fundraising on behalf of a gorgeous little boy named Eli-James.

Eli-James is just 10 months old and has devastatingly been diagnosed with pontocerebellar hypoplasia. Doctors have advised his parents to spend time making memories with him as the prognosis for this rare disease is sadly not good.

Pontocerebellar hypoplasia is in the top 20 rare diseases and little Eli-James may have just weeks or months left left his Mummy and Daddy.

The doctors are still carrying out tests to try and give him the best prognosis possible so in the meantime friends wanted to try and help raise as much money as possible so that his parents can make as many memories with him as possible without the added stress of money and to help Eli-James enjoy his life as comfortably as possible.

This is Eli-James’ story in his Mummy’s words:

Hello my name is Molly Matthews and I am a mother of a little boy called Eli-James.

Eli hasn’t had the greatest of starts in life!

I had no signs in my whole pregnancy and my scans were all normal, Eli was born at 41 weeks on the 3rd February 2021, normal delivery weighing a whopping 8 pound 13!

Coming home with Eli was the best thing that ever happened to me, but we soon started to realise something wasn’t right. I made numerous appointments and took him to A&E plenty of times about his swallowing as he would take milk but also feel like he was choking and go blue in the face, they put this down to reflux and he would chuck himself back a lot.

After months of appointments I soon started to realise Eli’s soft spot on the top of his head was closed up, also noticed by the health visitor. So we then got referred to a paediatrician who noticed Eli was not putting enough weight on and his head was an abnormal size; we then carried on to see him which later resorted in him saying about Eli not having a social smile; this is where they began to worry about his development and we were referred to Birmingham.

Eli had to go for a swallow test which then showed that his swallow was unsafe which then made them fit a tube for his feeding which then was making him gain weight but still no development signs.

After months of waiting we finally got an MRI brain scan at Birmingham hospital. We waited 5 weeks which felt like the longest 5 weeks of my life to get a diagnosis.

I still remember being told that my little boy has something called Ponto cerebellar, which means that his brain isn’t developing, this is in one of the top 20 rarest diseases!

I’m honestly heartbroken aswell as my family are not sure on Eli’s life expectancy as this disease isn’t well known. I’ve been told it could be weeks, months or years it’s just not known.

I’m trying to raise as much as I can so I can live a normal life and make as many memories as I can with the time I’ve got left with my little boy Eli. I’m still awaiting on more testing for Eli as this disease is complex. I really appreciate any help. 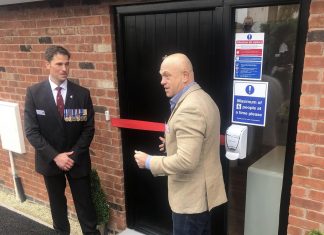