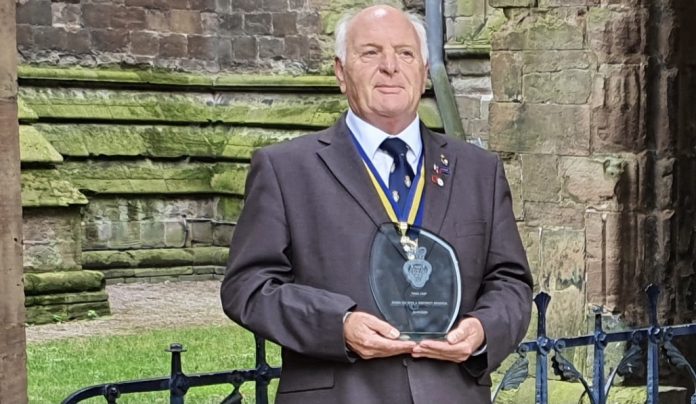 Graham Aplin, Chairman of the Ross and District Branch, was presented the award on 12th October by Lord Lieutenant of Herefordshire, Edward Harley OBE, at Hereford Cathedral.

Graham said: “I am absolutely delighted that the Branch has won a second national award. To win the Haig Cup just three years after winning the Lister trophy is absolutely marvellous. We are a small rural branch which is lucky to have such great support from the membership, the officers, committee members and many volunteers, and this award reflects everyone’s fantastic efforts. I was also delighted for the Bromyard Branch who were awarded the Lister Trophy this year. It is unique for two branches from the same county to win both major national awards.”