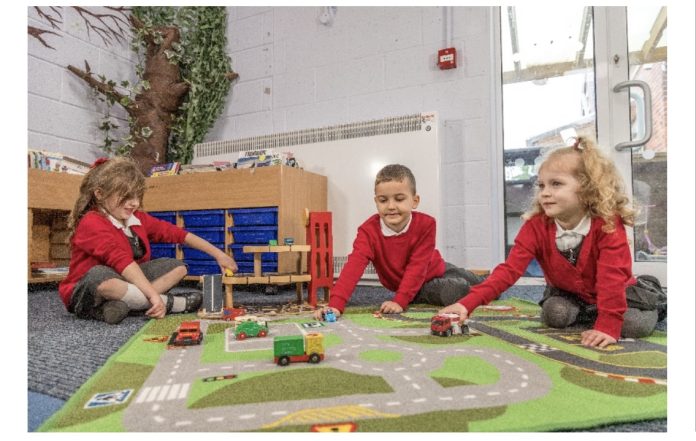 It’s been over 2 years since every school in the UK was closed due to the outbreak of Covid-19. While there is no doubt that it has been a difficult period for staff, our children and their families, the amazing community spirit has seen everyone pull together and ensure that our pupils have continued to thrive and succeed.

Despite the difficulties, Broadlands has continued to build upon the success of its 2019 SATs results, when the percentage of children reaching the expected standard was 9% above the national average.

The positive progress was also recognised by OFSTED who noted that there is a ‘consistent approach to teaching phonics across the school, which supports pupils’ learning well’, and that parents are ‘overwhelmingly positive about all aspects of the school’s work.’

In the last full inspection, Broadlands was rated as good for Personal Development, Behaviour and Welfare, as well as good for Leadership and Management.

As part of the same federation, pupils from Broadlands (and Withington) benefit from being high on the priority admission list for Aylestone School, which is very popular and oversubscribed in all year groups for September 2022

With our current Deputy Headteacher, Mr Kay, leaving Broadlands and Withington at the end of August to retrain as an electrician, we are delighted that Mrs Catherine Willis will be joining us as our new Head of Schools.

Catherine is currently the Headteacher at a thriving two-form entry school in Manchester and speaking excitedly about her new role, she said:

“I am looking forward to the next chapter at Broadlands and Withington and will strive to build further on the current success of both schools to ensure every child receives the best education possible and achieves to their maximum potential.

“I have very high expectations of behaviour, quality of education and outcomes and expect nothing but the best, both for our children, and from our children.”

If you would like to book a tour of Broadlands Primary School, please email us at BroadlandsAdmin@Broadlands.hereford.sch.uk, or call us on 01432 266772.

You can find out more by visiting https://www.broadlands.hereford.sch.uk/page/?title=About+Us&pid=6