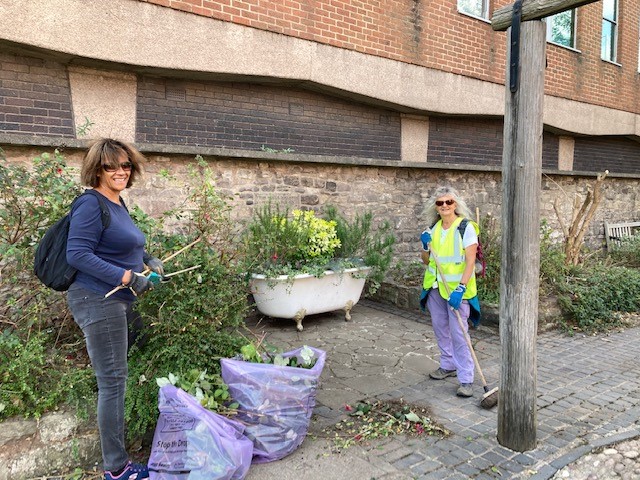 Celebrating Hereford’s ancient and special connection with the apple whilst also improving a run down part of Bath Street was the challenge taken on by the Hereford Business Improvement District (Hereford BID) and partners this September. The opportunity also linked into a number of campaigns to celebrate the city’s association with the apple.

The area between the Police Station and Bastion Mews has for many years been overgrown with brambles and weeds resulting in much of the city wall being hidden.

Mike Truelove, Chief Executive for the Hereford BID said “promoting the appearance of the city centre/ making it safe is one of 3 of our core strands of work and we were delighted to work with partners equally keen to help such as the Hereford Clean Up Group, Hereford in Bloom, BBLP and Frank P Matthews Tree Shop of Tenbury Wells”.

The group removed so much garden waste that BBLP had to send two lorries to collect and dispose of it, this then enabled the grounds to be dug up; the whole project so far has taken 20 days.

Mike added “it was a pleasure to work so closely with local partners all of which generously gave their time, efforts and in the case of the trees, huge subsidies to enable us to deliver something that visitors and local residents will love to see.

Towards the end of the month our crab apple trees will arrive and be planted by the Hereford BID team with the first being installed by Madam Mayor The Right Worshipful Cllr Kath Hey.

With various varieties purchased visitors can expect to see spectacular colours of fruit in the autumn and stunning blooms in spring; it is hoped a later stage of the project will see the installation of flood lighting highlighting the wall and its history to visitors – it has the potential to make the area look quite spectacular.

The planting scheme also forms part of a local movement entitled #reclaimtheapple – a celebration of Hereford and the wider county’s affair with the apple in addition to a country wide tourist campaign for Herefordshire entitled ‘Apples for Autumn’. This is a national drive to bring people to the county to visit/stay, explore and shop. 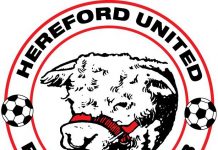 19/10/2020
Up to 73 workers at Special Metals Wiggin could lose their jobs after the company announced that it was set to make...

NEWS | Hereford set to become one of the UK’s fastest...