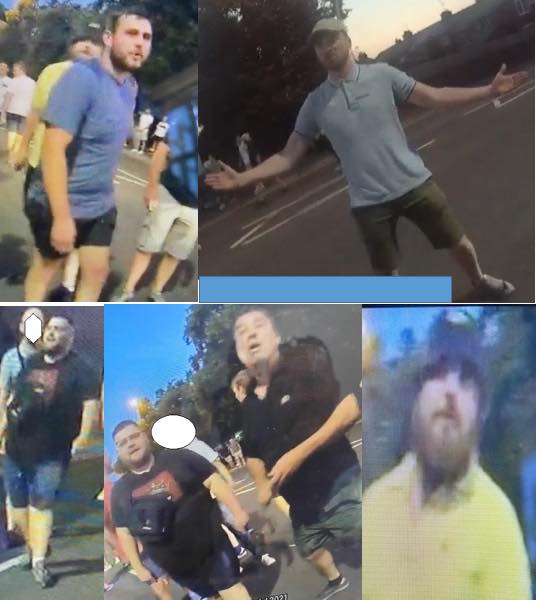 West Mercia Police are searching for witnesses after disorder at a Hereford FC friendly last week. The Bulls were beaten 2-1 in an exciting friendly fixture at Edgar Street, but some of the scenes witnessed outside the stadium following the full time whistle were far from friendly.

“West Mercia Police would very much like to identify and speak to the men in the images who they believe can help further their investigation following disorder and racially aggravated public order offences following last Tuesday’s match between Hereford FC and Shrewsbury FC (20 July).”