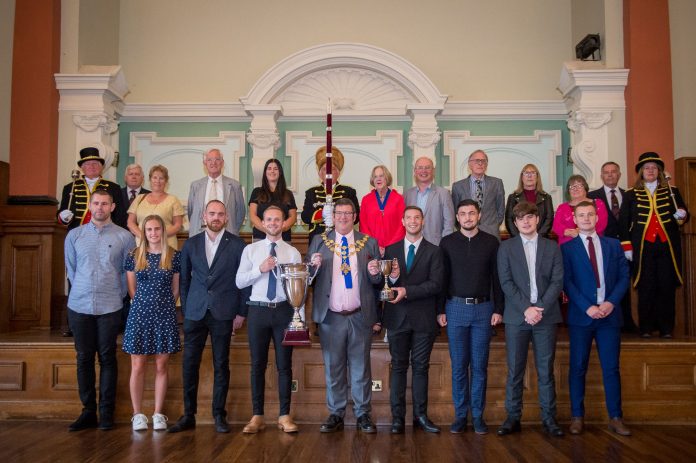 The Royal National College for the Blind football team were welcomed to Hereford Town Hall today by The Right Worshipful the Mayor of Hereford Paul Stevens, with the team joining councillors at a Civic Reception.

Team RNC beat Merseyside on penalties at St George’s Park in July, in the Disability Finals after the scores finished 1-1 in normal time. The fixture was shown live on BT Sport and was watched by a huge audience both here in Herefordshire and across the rest of the country.

The Mayor presented the team with shields and they had the opportunity to speak to local councillors about their triumph and the sport. The team were then treated to drinks and a buffet.

Your Herefordshire were honoured to be invited by The Royal National College for the Blind and we will be sharing a selection of photos from the event on our social media pages this evening, courtesy of Will Cheshire Photography, who kindly joined us at the event.

Back in July, we spoke to coach Tom Bendall and captain Owen Bainbridge about the victory.

YH: Tom, that was a great win, how much does that mean to RNC?

Tom Bendall: This is brilliant for RNC. The guys have trained so hard for this opportunity and I am delighted for all of them. We have a young squad of students with the experience of some England and former RNC students it really shows how the college introduces new players to the game and provides them with lots of opportunities in sport.

YH: You will have pulled in plenty of viewers from Hereford. How can they get involved in supporting the side?

Tom Bendall: The National Blind Football League usually takes place at the college on The Point4 3G pitch every month between October and April. It’s free to attend and we would welcome anyone to come up to the college to spectate. RNC is a registered charity and there are plenty of other opportunities to get involved in what we do, please follow us on social media or visit our website to find out more.

YH: What was it like to experience the facilities at St George’s Park?

Tom Bendall: Unbelievable. I have been lucky enough to experience St George’s Park before but today was a different level. It’s an amazing opportunity for our young players to experience being at the home of England Football and I’m sure they won’t ever forget this moment. We were extremely well looked after from start to finish – thank you to everyone involved in making it possible.

YH: BT Sport’s coverage was superb. Are you pleased to see the disability finals getting media coverage?

Tom Bendall: This is a massive step forward in disability football especially the blind and partially sighted game. I would encourage anyone who has managed to view the coverage to go and give it a go. We can’t thank BT Sport enough for all their coverage over this weekend showcasing all forms of the game and we hope it continues in the future.

Next up, it’s Owen Bainbridge (Captain):

YH: Owen, RNC are champions! How does that feel?

Owen Bainbridge: Absolutely fantastic, great effort from all lads. During the game today there was at least one RNC student on the pitch at all times which is fantastic for introducing new players to game.

YH: The conditions were hot today and you were up against a brilliant opponent. How did you as a team adapt to the conditions?

Owen Bainbridge: It was really hot, but we had everything in place from the start. We ensured we took plenty of fluids on board and a good rotation of players. We were also clever with our positioning and recovery runs.

YH: Your match was watched by a huge audience on BT Sport. How much does it mean to you to have such support?

Owen Bainbridge: This weekend is a game changer for all disability football and pivotal for growing the blind game in particular. It’s every kids dream to play on the tele and dreams have come to true today. Football is football In all formats.

YH: How were your nerves when the match went to penalties?

Owen Bainbridge: On the day you have an idea of what you are going to do. I knew Merseyside had some fantastic penalty takers but I knew we had quality in our side too. A huge credit to Katie on her save, you have a real sense of assurance when you have a keeper with her quality.

YH: How do you plan on celebrating?

Owen Bainbridge: I think I’m going to have a few cheeky beers and a pizza but I will be back out on the pitch training on Tuesday. 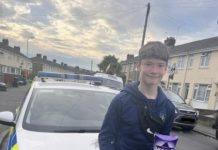 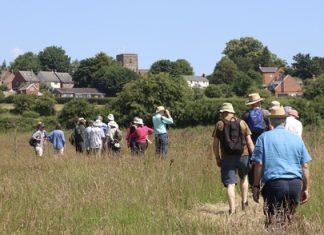 27/06/2022
Ail Meadow nature reserve is just over 14 acres and lies within the wonderful, wildlife-rich landscape of the Woolhope Dome. It is...

NEWS | A Hereford restaurant has launched a special offer for...