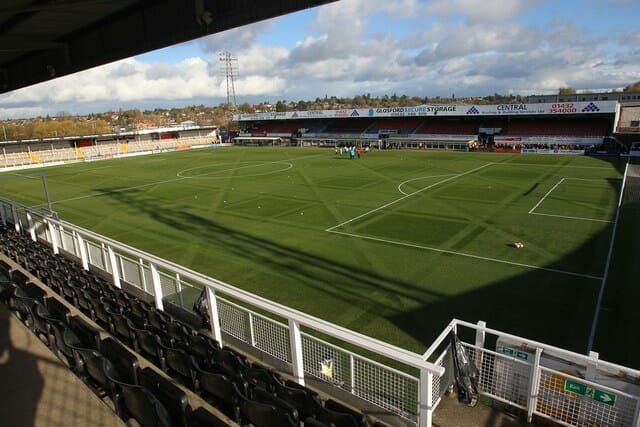 Hereford FC’s Board of Directors have today released the following statement to provide an update for the club’s supporters:

‘As a Board, we are all looking forward to what is set to be an exciting and challenging 2018/19 season in the National League North.

‘The last three seasons have gone better than we could ever have imagined and the manager, his coaching staff and all the players who have represented the club have delivered excellent results, which they have rightly been well rewarded for.

‘While in previous years there is little doubt we have been able to provide the manager with one of the biggest budgets in the leagues we have played in, next season we can be certain that our budget is not going to be as big as some of our opponents.

‘However, we believe the budget we have set is one that can sustain a promotion challenge and are confident that a combination of the players we have either already signed or are looking to sign, and the manager’s proven eye for identifying talent to add to our squad, will ensure that we will be very competitive next season.

‘The Board of Directors have a responsibility to think about the long-term future of the club and although on occasions, as fans ourselves, we are tempted to let our hearts rule our heads, we are all aware that we cannot start spending money recklessly and offering deals to players that would see the club spending beyond its means.

‘While we completely understand that every football manager would like a bigger budget, and that players have every right to ask for as much money as they think is reasonable, we’re sure that supporters understand that the close season is all about building a strong, competitive squad and that this often sees negotiations with individual players going on for some time.

‘The wage structure we have in place fits with the model of sustainability that we are committed to operating, and it would be irresponsible to start changing the structure when we cannot confidently predict how many season tickets are going to be sold. We are delighted with how sales have gone so far – and would like to thank fans for their early support – but feel it’s right to be cautious while sales continue.

‘Having said that, in the past three seasons we have offered the manager additional support on several occasions when he has come to us with specific requirements or requests, and there is no doubt that this situation will again arise during the course of the 2018/19 season. The Directors want on-field success as much as everyone else and will continue to back the manager’s judgement whenever possible, as long as it does not take the club in a direction that could lead to problems longer-term.

‘We hope this statement provides some clarity on the Board’s thinking as we look ahead to what promises to be a hugely exciting 2018/19 season.

‘There are some fantastic fixtures to look forward to and although we expect the step up a level to be a tough one, with our tremendous support, good recruitment and that little bit of luck that every club needs, we are confident we will be able to compete towards the top of the table.

‘There will be ups and downs for sure, but it promises to be another enjoyable ride.’