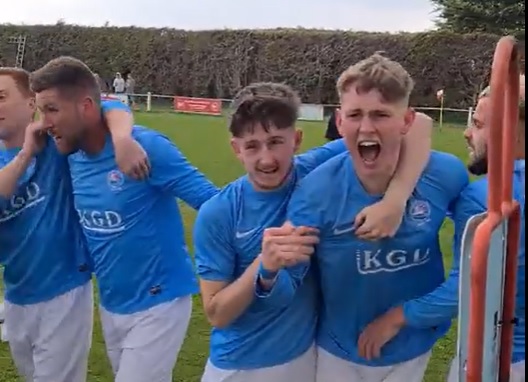 Hereford Pegasus reached the Hellenic League Division One Play Off Final with a thumping 4-0 victory over Clanfield 85.

With the game poised at a nervous 0-0 at half time, it was Carlos Moreira who broke the deadlock for Hereford Pegasus, slotting home a ball across the box from Cawley Cox.

Clanfield then gave Pegasus a scare when the rattled the bar, before Paul Jones doubled the lead, with a powerful shot into the corner to make it 2-0.

Richard Greaves then made it 3-0, wrapping up the game, with a close range finish with an assist from Cawley Cox.

However, Hereford Pegasus weren’t happy with 3-0 and Richard Greaves added a fourth goal late on to confirm a place in the final on Friday evening at Sixways. A victory over Worcester Raiders would see Hereford Pegasus promoted to the Hellenic Premier Division, setting up tasty local derbies next season against Westfields FC and Hereford Lads Club.