The Ledbury Town Football Club Presentation Evening for the 2020/21 footballing season recently took place in the newly-refurbished clubhouse at the club’s historic New Street ground, attended by 75 guests made up of players, their families, members of the club’s committee and backroom staff as well as Steve Onions, Nick Fish and chairman Mike Seabourne of Ledbury Swifts Junior Football Club, whom Ledbury Town FC have enjoyed developing a strong partnership with over recent seasons.

New club chairman Pete Boyle, who, along with vice chairman Ian Merrick and club secretary Robert Powell, took over the reins from long-term club stalwarts John and Phil Preedy just before Christmas, praised the efforts of players as well as backroom staff members Jock and Jill Boyle and club press officer Chris Ponter during an incredibly challenging period of transition for the club, which has seen it having to contend with the dual problems of issues with the ground itself, as well as the numerous effects of the ongoing COVID-19 pandemic.

Joshua Worrell scooped both the Managers’ Player and Players’ Player awards for the first team from the joint senior management duo of Dean Rutter and Nick Blakeway for his superb display in goal all season which saw him receive four man of the match accolades, while the Manager’s award for the reserves went to second string goaltender Zak Bonfield as George Walker picked up the Players’ Player prize for David Butcher’s young side.

Walker was also awarded the Ledbury Football Federation Young Player of the Season Award, specially presented to him by the Ledbury Swifts Junior Football Club representatives as a celebration of the strengthened partnership between the two clubs over recent seasons.

Merrick and Powell were also commended for all of their hard work behind the scenes in getting the club up and running again, particularly in the incredible refurbishment of Ledbury Town’s clubhouse, with Boyle then receiving a standing ovation for guiding the club through an extremely challenging time which, without the efforts of he and his new committee, would have surely left the club with no choice but to fold completely at the end of 2020. 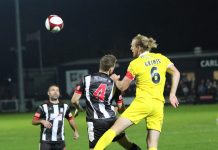 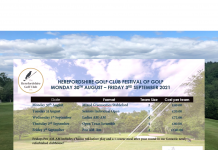 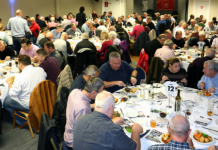 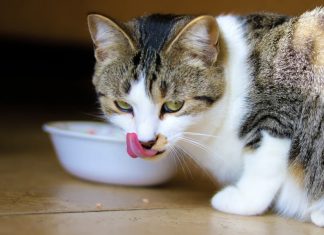