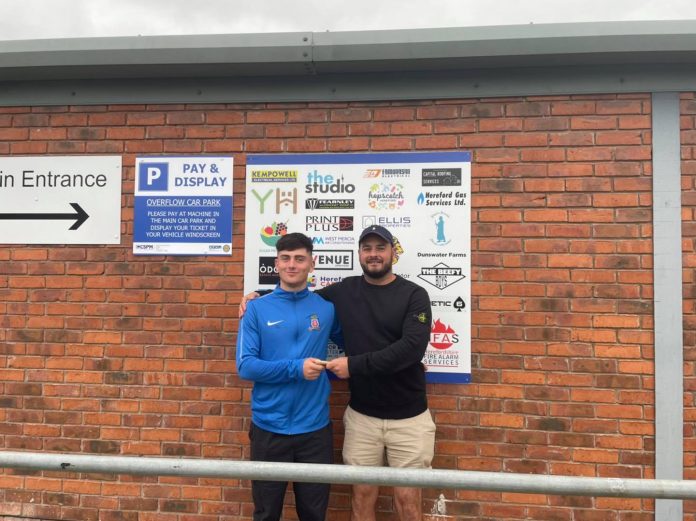 Hereford FC suffered a disappointing defeat at Darlington at the weekend, despite creating plenty of chances.

Darlington took the lead in the 8th minute and despite plenty of pressure in the second half, the Bulls were unable to make the most of some good chances to take something back to Edgar Street.

Manager Josh Gowling was critical of a lack of quality in the final third and the Bulls must now regroup before an important FA Cup 4th Qualifying Round tie at home to Solihull Moors next weekend.

It’s been a disappointing week for Westfields. Fields saw their previous match abandoned in the 68th minute after defender Sam Hunt was injured. Westfields were 3-0 up and set to go up into the top five of the table prior to the match being abandoned.

The week then got worse after a 2-0 defeat away at Fairford over the weekend. George Peare and Robbie James were on target for the hosts.

Adam Hockey was the star as Hereford Lads Club beat Tuffley Rover 9-1 at The County Ground.

Hockey scored the first and assisted seven others as Danny Moon’s side recorded their third straight victory in the Hellenic Premier Division. Goals from Hockey, Hancocks, Ellis (2), Cowley (3) and Peters (2) secured the victory that moved Lads Club up to 14th in the table.