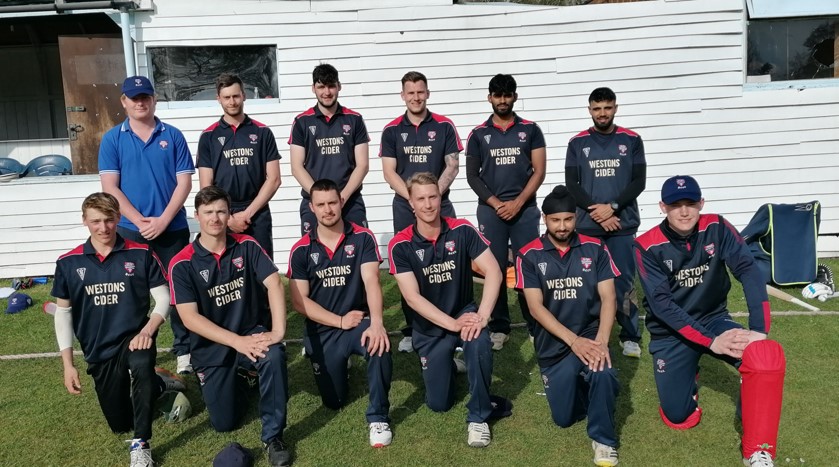 HEREFORDSHIRE and Cornwall shared the honours in their National Counties T20 double-header at Brockhampton.

Cornwall battled back to shade the first game by just one wicket after Herefordshire had looked to be in a winning position.

But there was no doubt in the second clash, with the home side triumphing by a massive 92-run margin.

After winning the toss and choosing to bat in the first match, Herefordshire quickly lost Jujhar Johal and Ollie Walker before skipper Matt Pardoe (29) picked up the pace in partnership with Nick Hammond, who batted through to the end of the innings for his unbeaten 41.

Zain Ul Hassan, who cracked two sixes and two fours as he raced to 30 from 23 balls, kept the runs flowing with Roshan Venkataraman, 31 not out from just 18 balls, assisting Hammond to take the Herefordshire total to 149-5 from their 20 overs.

But Daniel Lello (30) and Ben Ellis (35 not out) seemed to be piloting the south-west county to victory until Zain (2-14) picked up two wickets in successive balls to revive Herefordshire hopes.

Ellis, however, held his nerve and Cornwall gained the win with five balls to spare. The 14 wides conceded by Herefordshire, compared with the visitors’ eight, ultimately proved crucial.

Herefordshire were invited to bat first again when Cornwall won the toss in the second match.

But this time Pardoe (37), who promoted Zain (39) to open with him, set the standard in an opening stand of 82 with some excellent strokes.

Hammond, who hit three fours and a six in an unbeaten 41 from 27 balls, again looked in fine form but Walker produced some superb batting as he lashed five sixes and two fours in an unbeaten 50 from 24 balls.

Cornwall rarely looked chasing down their target of 180, although Paul Smith batted well for his 39.

Next Sunday, Hereford travel to Salisbury to take on Wiltshire, who were beaten twice by Dorset in their double-header on Sunday.