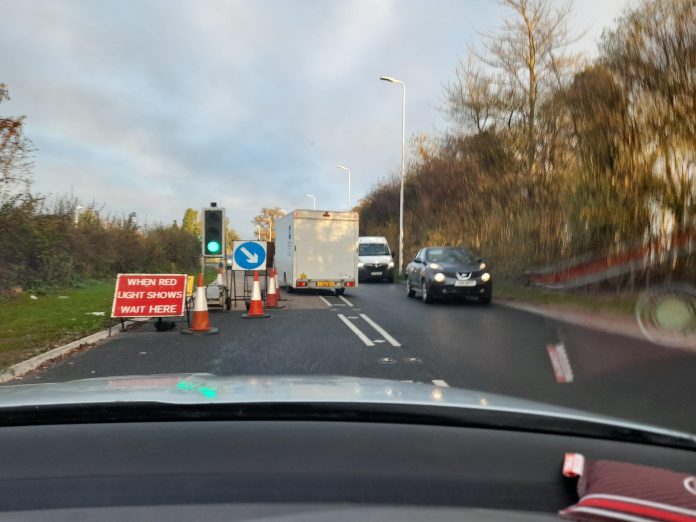 A set of roadworks that have been causing significant delays to motorists travelling through Hereford are set to be removed early next month, according to National Highways.

The roadworks on the A49, north of Hereford, between Holmer Church and Lyde have been in place since early summer and have been causing delays to motorists on a daily basis.

A member of the public sent the following Tweet to National Highways earlier today and has received a response.

“Can you give an update on the status of the temporary traffic lights on the A49, between Holmer Church and Lyde? Work appeared to have been completed a month ago, and we were told that on the 9th Nov, you were reviewing the site. It’s been 6 months total now.”

National Highways then responded by saying:

“Hello, thank you for your tweet. It looks like these works are due to be completed on the 3rd December. Thank you.”

The news will be welcomed by many as we approach Christmas, with people looking to visit Hereford for Christmas shopping and to visit relatives and friends over the festive period.