Over 1,200 members of the public have signed the ‘Stop Hereford Bypass’ petition.

The petition was launched by Wye Ruin It? and states:

Stop Herefordshire Council Transport Package. It will increase air and water pollution in the Wye Valley and City traffic in Hereford.

Plans were drawn up in 2010 for vast new housing estates, many of which will be on a floodplain west of the city, served by a new access road over the Special Area of Conservation, Wye Valley Gorge. These plans for development are unsustainable and will not provide enough affordable houses for 10 years.

Cities designed only to accommodate cars are damaging our health and reducing life expectancy. The proposed access road to these vast new estates is promoted as a bypass but will only serve to increase congestion and pollution on prevailing winds through new estates.

More than 80% of Hereford City traffic is local and set to double with urban expansion and Countywide developments. Through traffic is much lower at 20% but set to treble based on current development plans. Highways England wants to use the A49 for M5 Motorway relief and the Marches Local Enterprise Partnership wants increased commercial traffic on the A465 from the Welsh Ports via Hereford to the Midlands. Hereford City desperately needs a new plan.

The River Wye is a National asset and of National importance to Families, Naturalists, Historians, Artists, Writers, Poets, Explorers, Communities, Anglers Canoeist, Cyclists, Walkers and Tourists to name a few.

We would like Herefordshire Council to recognise and promote the city for its treasured assets not destroy them for Midlands-Welsh commerce and future M5 motorway traffic relief.

Hereford City needs a fleet of electric and hybrid buses to tackle congestion serving schools and commuters from park and ride areas outside the city. Around 130 bus journeys into the City at rush hour could relieve traffic by 50% over-night at a fraction of the cost of the proposed access road (Council Bypass).

This city needs a network of safe cycle paths and walkways to make healthy travel a preferred option for residents. It needs to embrace the future of electric transport and digital software driven mobility as a service. It needs shared transport providers of electric cars, cycles and electric scooters. Hereford needs modern infrastructure planning like cities such as Copenhagen which are planning for the next twenty years of City needs.

Stop the destructive developments of bigger roads and houses on floodplains. We demand a plan for sustainable non-polluting city transport first and housing developments focused to serve our immediate affordable housing needs.

Here for Hereford – A campaign group that is against a Western Bypass of Hereford and is active on social media promoting sustainable transport options for Hereford, posted the following on Facebook earlier today.

ONLY 7% OF HEREFORD TRAFFIC IS THROUGH TRAFFIC

Here’s the evidence, from work reported in the recent Hereford Strategic Transport Review.

40% of traffic has both an origin and a destination in Hereford.

So if 93% of traffic needs to be within the city THIS is where to look for solutions to congestion.

Of the 40% travelling inside the city, these are short journeys, so how might vehicle users be persuaded to change to public transport, cycling and walking? (Answer: with better provision for those, as also noted in the Transport Review)

If only 7% is through traffic, how could a western bypass be the answer to congestion? (Answer: It couldn’t. Much quicker and cheaper options will be much more effective.)

Since daily volumes of journeys happening within the city are greatest in the NE and N of Hereford City (see map), THIS is the issue to address. This is where there are more schools and colleges, so sorting sustainable transport for school children and students needs to be a priority. THIS can bring traffic levels across the city down to the manageable levels we see when schools are closed. 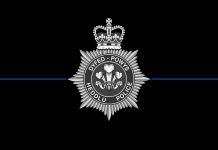 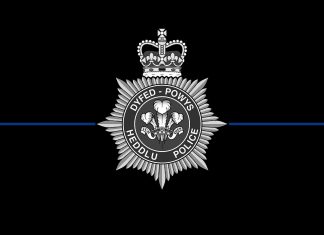