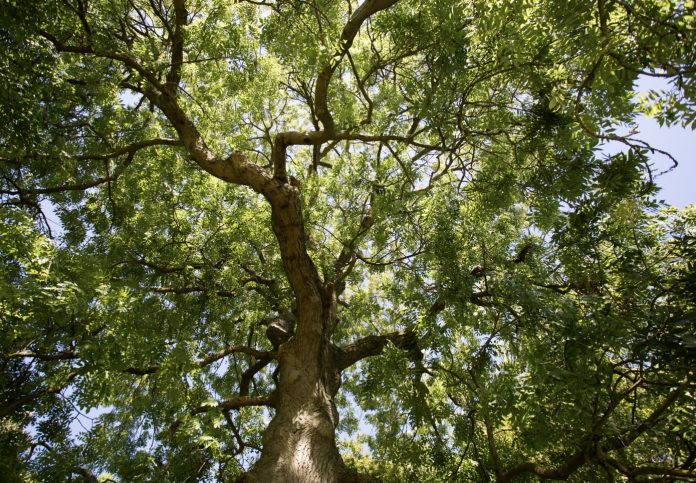 Plant more trees and improve the state of our woods and trees or miss vital climate change targets – Woodland Trust.

With trees one of the Government’s top priorities at COP 26, the UK risks failing to meet its carbon net zero ambitions unless more trees are planted, woodland restored and the condition of woods improved, warns the Woodland Trust.

The stark prediction comes just weeks before international climate change conference COP26 and on the eve of the launch of its third nationwide campaign – the Big Climate Fightback – to get people planting more trees.

The charity is sending more than 700,000 free native trees to schools and communities to kickstart an autumnal blitz on tree planting, with a further 680,000 trees available to apply for now to be planted next March.

In total, the Woodland Trust will be sending out nearly 1.4 million free trees* over the coming planting season to support the Big Climate Fightback, which is backed by players of People’s Postcode Lottery.

Dr Darren Moorcroft is chief executive of the Woodland Trust, which is aiming to establish 50 million new trees by 2025.

He said not enough trees have been planted in the past, but “things can change”.

“With recent decades warmer, wetter and sunnier than the 20th century and 2020 the third warmest on record, it is clear we are in a climate crisis, but we are in a nature crisis too,” Dr Moorcroft said.

“This is a dismal and sobering picture. Our woods are not in great shape, and we remain one of the least wooded countries at 13 per cent woodland cover, compared to 37 per cent in the rest of Europe.

“Without greater action, small and fragmented woods will remain that way and species will face extinction. But it is not too late – things can change.”

The Woodland Trust’s recent State of the UK’s Woods and Trees report highlighted some stark warnings on the health of the UK’s trees and woods:

•            Woodlands are already impacted by climate change – spring now arrives on average 8.4 days earlier than the first part of the 20th century, which can be catastrophic for nature.

•            Tree disease and pests are causing local extinctions of wildlife species across the UK; up tp 120 million ash trees alone to be lost to ash dieback meaning at least 106 ash-dependent species could see dramatic declines.

•            The majority of UK woods exceed thresholds for nitrogen pollution which is wiping out lichens and other species leading to disruption and decline of ecosystems, causing micro-extinctions.

•            Only 2.5% of UK land area is ancient woodland, which is the UK’s richest wildlife habitat, with ecosystems having developed over centuries. Worryingly, at least 1,225 ancient woodlands are currently under threat from destruction by new built development.

•            85% of individual field trees have been lost over last 150 years, shown in a study of the ‘Eastern claylands’ of Norfolk and Suffolk likely to be replicated across the UK.

“Not only do we not have enough trees, what we have is still at risk and as a result nature has declined steeply.  While action on biosecurity and woodland loss is largely outside the influence of the public, we can all play a role in increasing tree numbers to help nature recover and tackle the climate crisis.

“The Big Climate Fightback aims to rally the nation to get behind tree planting by finding those underused areas in our communities that could accommodate more trees and make a difference in the fight against climate change and provide havens for wildlife. We’re delighted our players are supporting this vital call to action”

With the international community about to gather for the climate conference in Glasgow (COP26) you can do your bit and join the Big Climate Fightback. The Trust has scores of free trees that community groups and schools can apply for now.

Alternatively, people can buy native trees such as rowan, oak, wild cherry and silver birch from its online shop.

To learn more, go to woodlandtrust.org.uk/bigclimatefightback