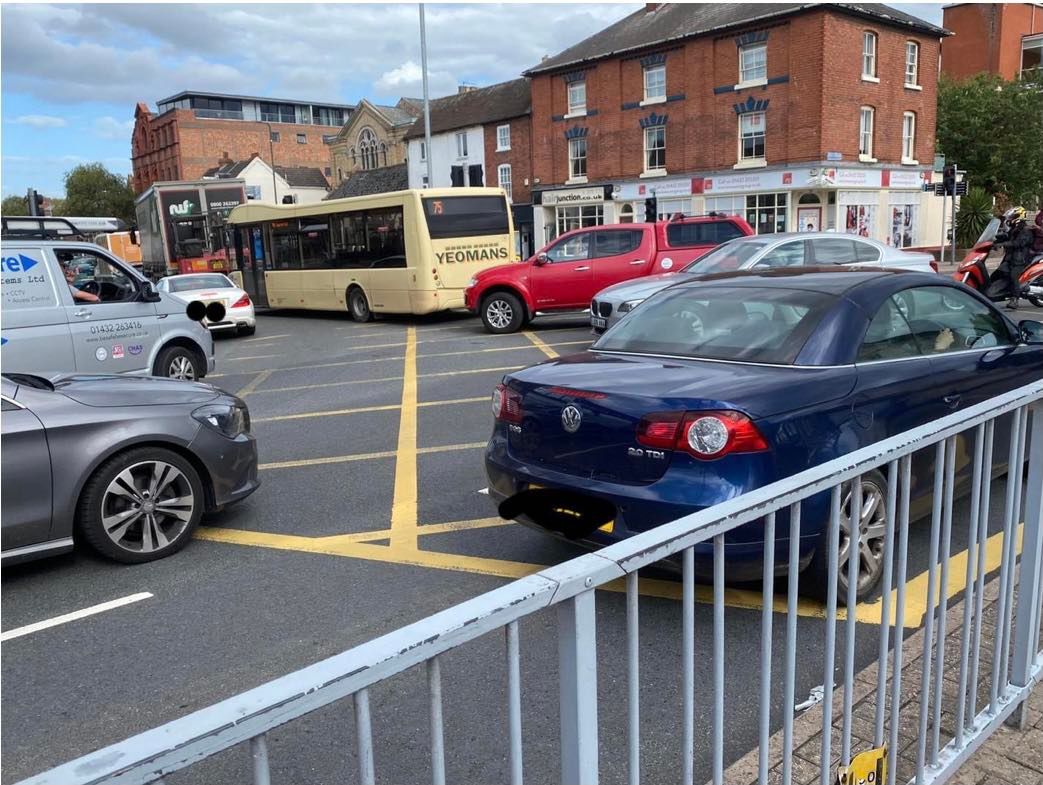 Herefordshire Council has been asking residents for their views on the introduction of measures to enforce moving traffic regulations.

Traffic regulations act to make the roads safer for all users and to help keep traffic flowing in busy areas.

Changes in Government legislation (implementation in full of Part 6 of the Traffic Management Act 2004) mean that councils in England will have control of enforcement powers for moving traffic contraventions, previously held by the police. Measures to enforce moving traffic regulations include the installation of cameras and the issuing of penalty notices.

Councillor John Harrington, Cabinet member transport and infrastructure said:“Road safety for all users, however they travel, is a key concern. Traffic regulations help make roads a safer environment and enable traffic to flow freely. They help increase safety for example by preventing stopping on zig zag lines outside of schools and driving up streets the wrong way, and help traffic flow better by preventing blocking at key junctions.

“We would like to hear from all residents, whether they drive, cycle or walk, for their feedback on driver behaviour and the areas in our towns and City where better enforcement of traffic regulations may be needed.”

As part of this strategy, the Department for Transport is changing the way moving traffic contraventions are enforced. Currently, only London and Welsh local authorities have powers to enforce these restrictions by the issue of a penalty charge notice.

The new regulations will be coming into effect in summer 2022, as a result, a number of new contraventions will become enforceable by councils rather than the police.

These new powers will enable enforcement of the following restrictions by camera:

Herefordshire Council has indicated its intention to the Department for Transport to adopt these powers in order to promote a safe environment for all road users and to allow traffic to flow freely.

The locations are also listed in the following table: