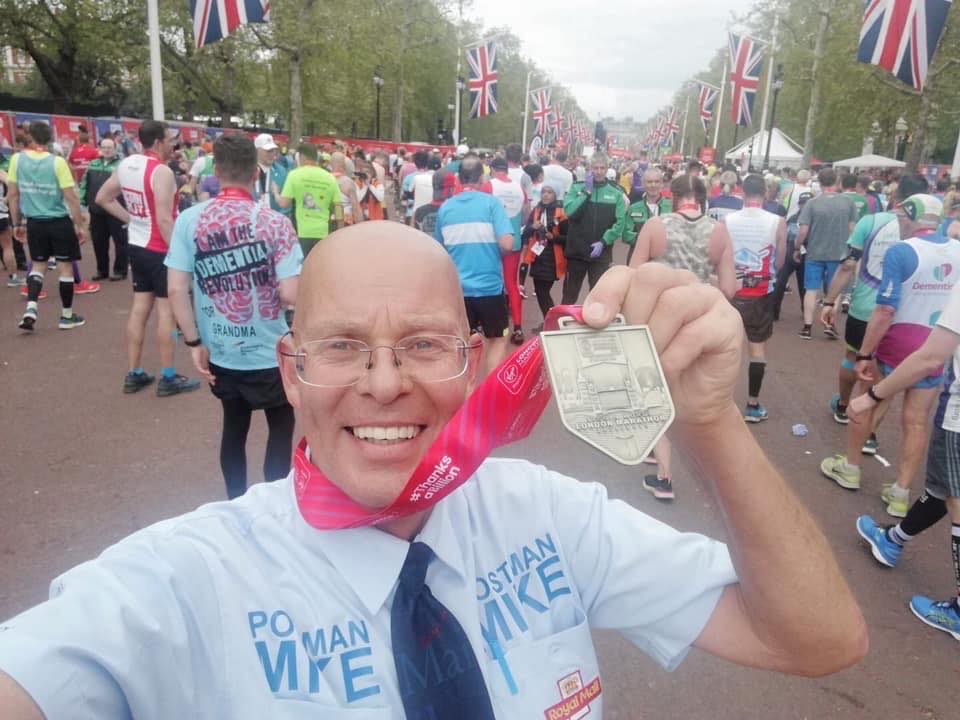 On Saturday 31st October, Postman Mike will run his 20th Marathon on a treadmill at Point 4 Gym.  It is generously donating the use of 2 treadmills for the event.  Mike is running for Yeleni Therapy & Support, a complementary health centre and cancer charity, which offers a free personalised programme of complementary therapies and on-going support to anyone in Herefordshire living with any cancer, and to their main carer.

Mike says, “I, as a parent, really appreciated that when my daughter Laura had major surgery for bowel cancer, Yeleni was there to support her.  She considered them to be angels who took the sting out of the tail.  With cancer diagnoses and treatments being delayed due to the pandemic, anyone living with cancer needs what Yeleni has to offer, now more than ever.  Yeleni is currently delivering face-to-face, on-line and telephone support.”

10 companion runners will support Mike, on the second socially distanced treadmill.  They will be running for 20 minutes each, all in fancy dress! Runners will include Yeleni CEO Nicky Heath, Mayor of Hereford Councillor Kath Hey and Matt Healey, Director of Your Herefordshire.   All age groups are represented, from 16 year old Junior Mayor Theo Ashton to 80 year old Pete Ormsby.  Tune in to Yeleni’s  Facebook page for live updates and photos  of the event.

Mike and his supporters have raised a fantastic £438,000 for local charities to date.  Mike says, “Please consider making a donation via www.localgiving.com/mytreadmillchallenge.  Local Giving are going to match-fund each donation made which is an amazing opportunity!  Together we can make a difference by helping Yeleni to continue supporting local people living with cancer and their carers.