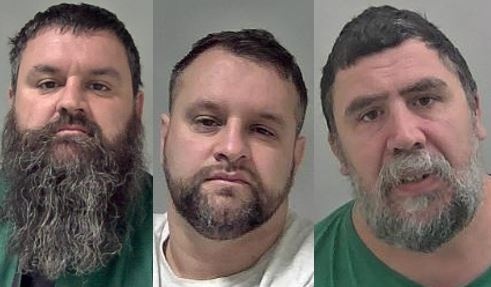 Four men have been jailed for a combined 26 years for their role in supplying drugs within the Worcestershire area and as far away as Devon.

Others have also been convicted in connection with this case and are awaiting sentence.

Following an investigation into serious and organised crime, the four were arrested across 2020 and subsequently charged.

Gareth Pegler, 39, of Saxon Way, Wychbold, was charged with conspiracy to supply cocaine, three counts of conspiracy to produce cannabis and handling a stolen car.

He pleaded guilty and was jailed for 14 years.

Of Gareth Pegler, His Honour Judge Jackson said: “He involved people and members of his own family, which is a significant aggravating feature of his offending. He displayed an entirely selfish and callous attitude.”

38-year-old Massey, of Stourbridge Road, Dudley, was charged with conspiracy to supply cocaine.

He also pleaded guilty and was sentenced to seven years and nine months in prison.

Browning, 43, of Hurcott Road, Kidderminster, was charged with conspiracy to supply cocaine and conspiracy to produce cannabis. He was found guilty and jailed for four years.

And 41-year-old Darren Pegler, of Coronation Way, Kidderminster, was charged with conspiracy to produce cannabis.

He was also found guilty and sentenced to 12 months.

Detective Sergeant Gareth Evans said: “Drugs can have a devastating impact on communities. HHJ Jackson identified that the supply of cocaine is not a victimless crime – drug supply generates other offences often to support habits or pay debts which impacts on the wider public.

“Vulnerable people are often used to perform roles within the enterprise with little or no regard for their wellbeing. “Gareth Pegler received a substantial sentence that represented the extent of his exploitation of others.

“These sentences demonstrate it is simply not acceptable to be involved in drug crime in any way and we seek the assistance and support of the community in targeting those responsible.

“We urge anyone with any concerns about criminal activity to please get in touch. We review and consider all reports we receive.”

Anyone with any concerns can call 101 or visit https://www.westmercia.police.uk/ro/report/.

Always dial 999 in an emergency. Alternatively, if you have information but don’t feel comfortable speaking to police, you can speak to the independent charity Crimestoppers. It is 100% anonymous, they never ask your name and they cannot trace your call or IP address. You can contact them at https://crimestoppers-uk.org/ or 0800 555 111.