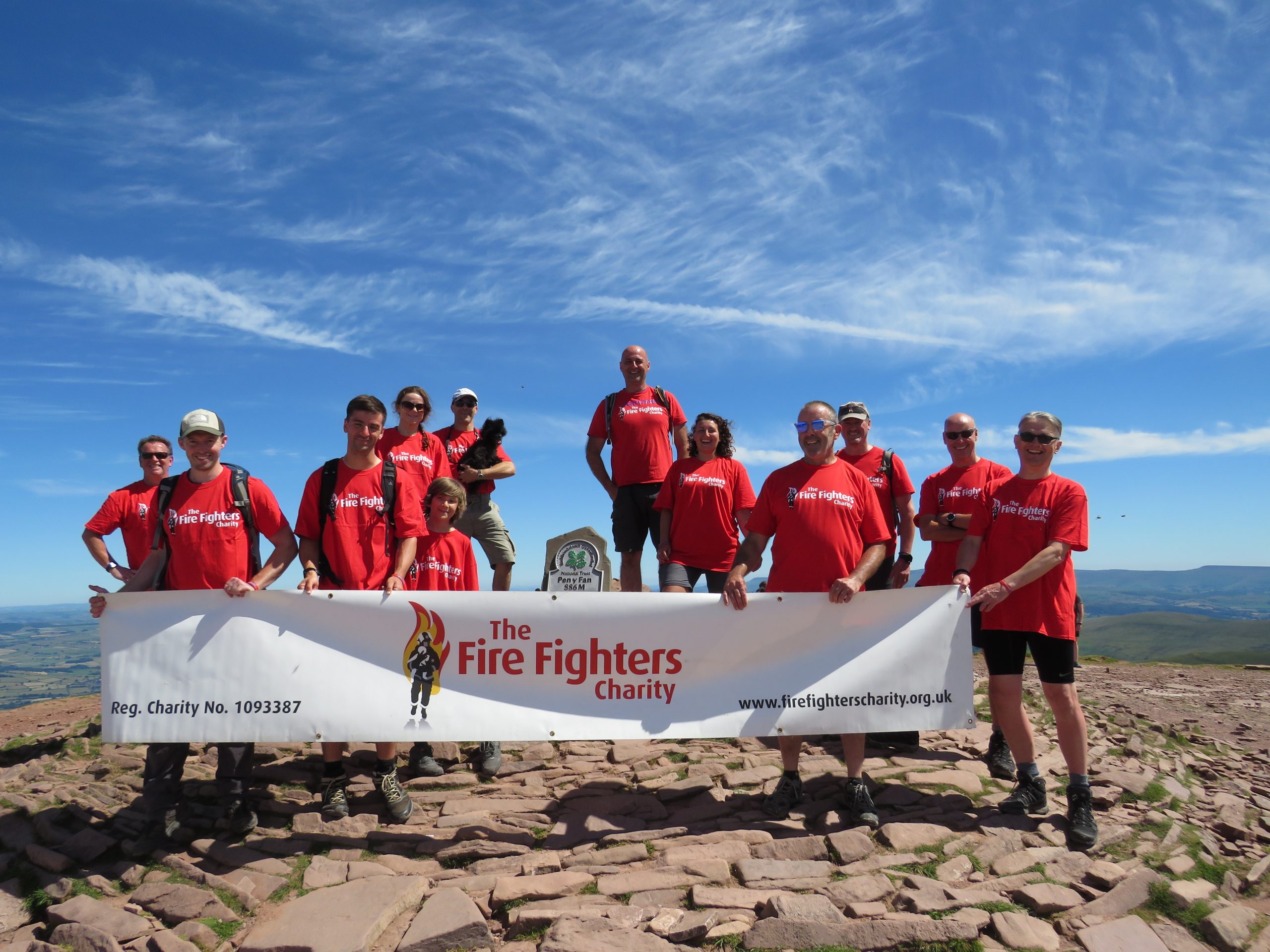 In 2020, Stu and his Phoenix Challenge team undertook the Brecon Beacons 10 Peaks Traverse (East to West). Despite having to undertake intense chemotherapy and immunotherapy sessions in the lead-up, he completed most of the challenge.

This year’s Phoenix Challenge Team have successfully taken on another weekend of events around the 10 Peaks and Pen y Fan in memory of Stu and in aid of the Fire Fighters Charity.

They battled with intense heat across the peaks of the Brecon Beacons, but made it to the end and enjoyed fantastic views as a reward!

Meanwhile family members completed a shorter trek to give moral support and contribute to the fundraising effort.

“It was hard going, but with lots of laughter and positivity the event was yet again great fun and a huge success!

“To date we have raised over £20k. The continued support is fantastic, and will help the Fire Fighters Charity continue to deliver vital support to our fire service community.

“Stu was dedicated to raising funds for the Charity, which was very close to his heart, and supported him and his family through his final weeks.

“He was a highly popular and inspirational person, far beyond his beloved fire service.

“We’re honoured to have been able to continue his legacy so that other firefighters and their families can benefit.

“We hope to take on another big challenge next year.”

Stu’s sister, Sam, couldn’t be present but congratulated the trekkers on their fantastic achievement and for paying their tributes to their friend in this way.

A Just Giving page has been set up inviting donations/sponsorship for the epic challenge, and it’s not too late to donate, at https://www.justgiving.com/fundraising/stusphoenixchallenge2022