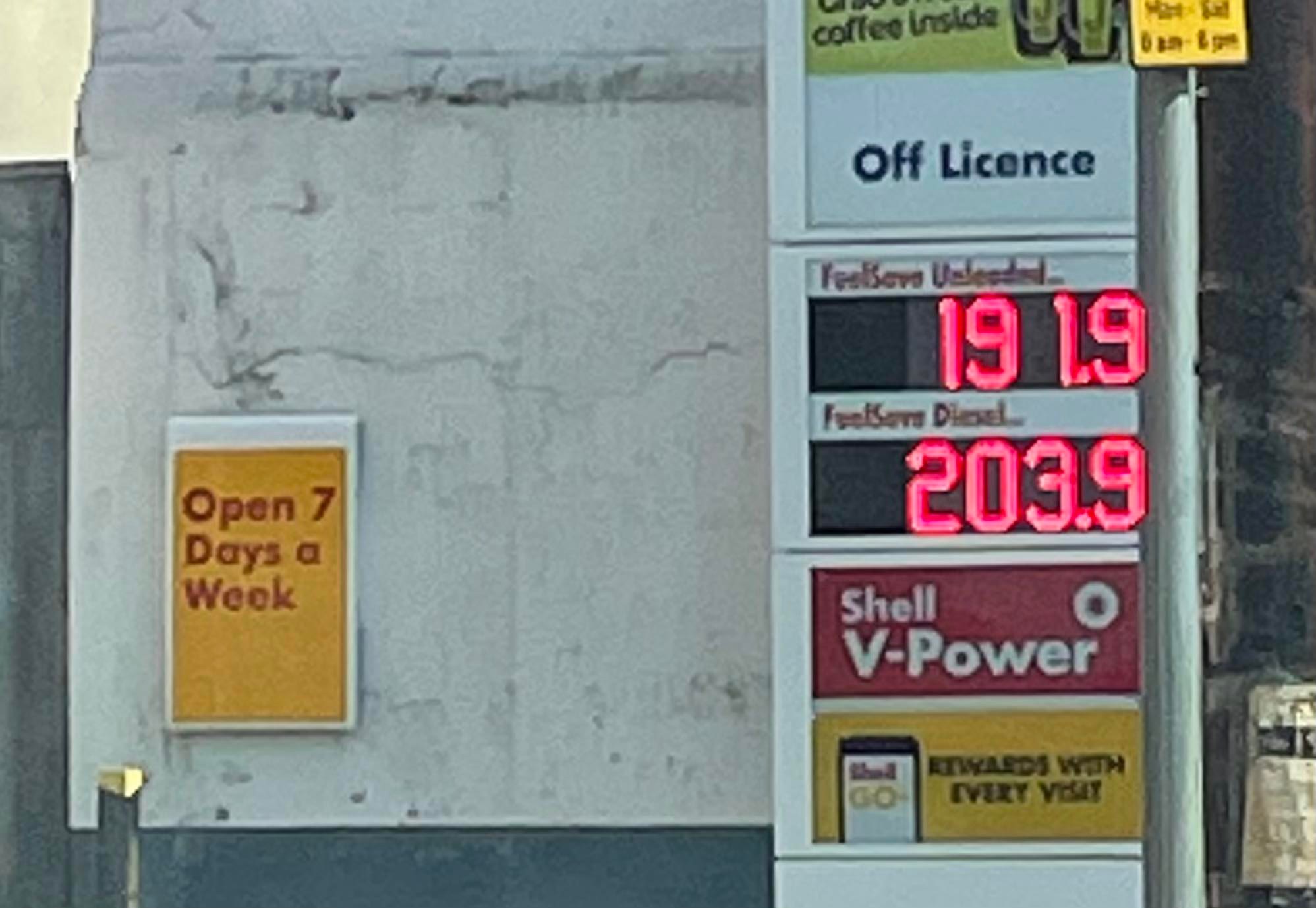 Diesel prices have risen above £2 per litre in parts of Herefordshire, as they cost of living squeeze gets tougher for many.

In Hereford, at least one filling station is charging more than £2 per litre for Diesel, with the price of Unleaded now approaching £1.90 per litre at many forecourts.

Just last week, the RAC commented after the cost of filling up the average family car with a tank of petrol rose above £100 for the first time ever.

“With average prices so high – 182.31p for a litre of unleaded and 188.05p for diesel – there’s almost certainly going to be upward inflationary pressure which is bad news for everybody.

“While fuel prices have been setting new records on a daily basis, households up and down the country may never have expected to see the cost of filling an average-sized family car reach three figures. With RAC research showing as many as eight-in-10 depend on their cars many must be wondering if any further financial support from the Government will be forthcoming. March’s 5p fuel duty cut now looks paltry as wholesale petrol costs have already increased by five-times that amount since the Spring Statement (25p). A further duty cut or a temporary reduction in VAT would go a long way towards helping drivers, especially those on lower incomes who have no choice other than to drive.

“Other price records were also unfortunately set on Wednesday as the average of a litre of unleaded at a supermarket jumped 2.5p to 175.91p while diesel increased by nearly 2p to 184.13p. As we expected, other supermarkets raised their prices yesterday in line with the increases made by Asda.”