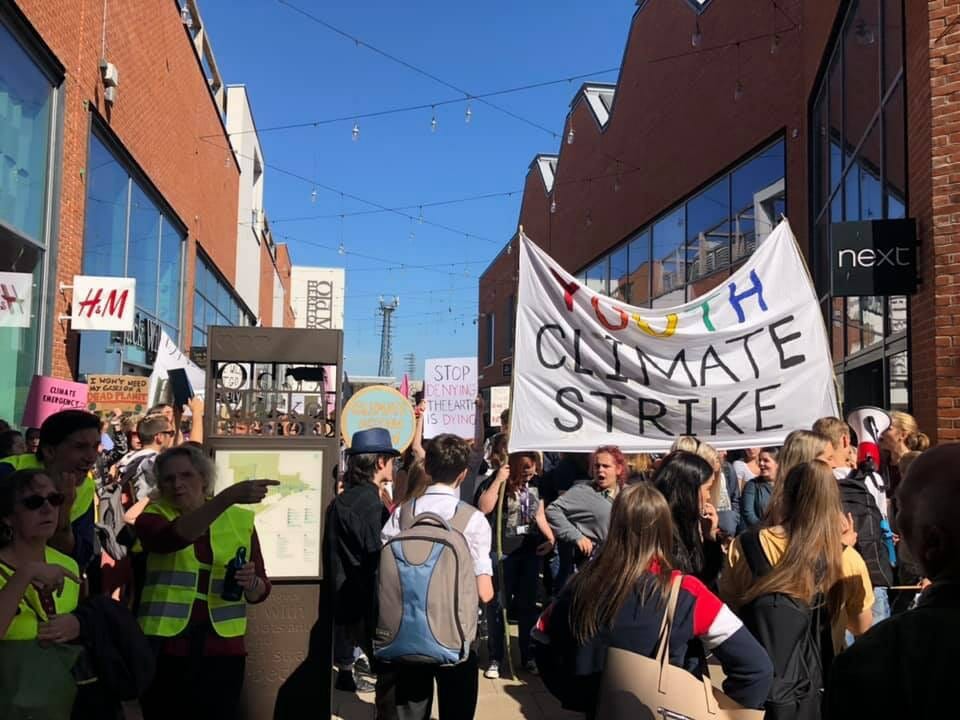 Students and members of the public have taken to the streets of Hereford this lunchtime to join in the worldwide Extinction Rebellion protests.

Students marched from the sixth form college, down Aylestone Hill, into High Town and the Old Market. Traffic was briefly halted on Newmarket Street as the protest moved through.

Students taking part told our reporter that further protests were planned and that the students wouldn’t back down on something that is so important to them.

You can view more footage of the protests over on our Facebook page.