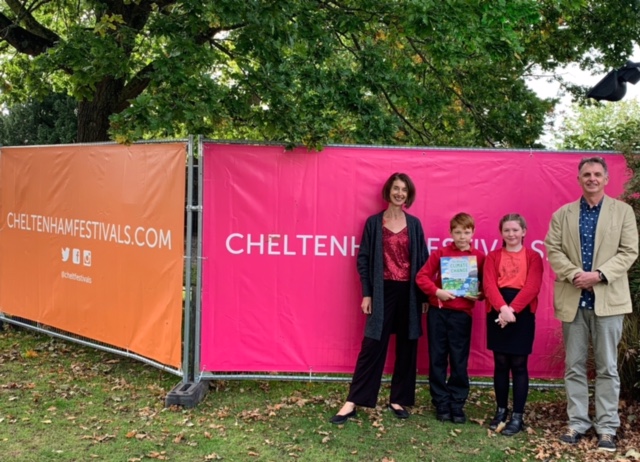 Henry and Isla, Year 6 pupils from Longtown Primary School in Herefordshire, were invited to attend Cheltenham Literacy Festival this week to go up on stage supporting authors Catherine Barr & Steve Williams, as they introduced their book on ‘The Story of Climate Change’ to hundreds of children.

Henry & Isla were marvellous ambassadors to Longtown Primary School where they had made a film with their class on ‘The History of Climate Change’. The film was shown in support of Catherine Barr, the schools patron of reading, during the 1 hour event in which discussions were had about how we can protect our planet, what the consequences are when we don’t and the impact of climate change on our beautiful planet.

It was wonderful to hear so many young children in the audience engage the way they did.

Catherine & Steve’s book form part of a series and can be purchased directly from Waterstones, they are an absolute must-have read whether young or old!