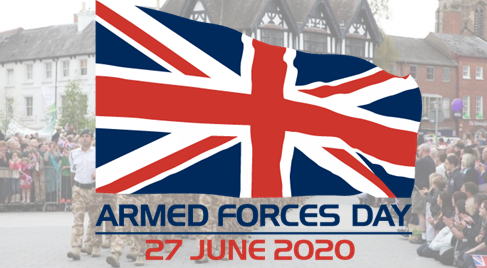 A message from the team delivering Herefordshire Armed Forces Day 2020.

Like every year, Herefordshire would be looking forward to celebrating Armed Forces Week through a number of public events in the planning prior to Covid-19. Not to be defeated in our determination to show our support we are putting the spotlight on those who make up our local Armed Forces community.

There has never been a more significant time to support our Armed Forces. As well as continuing with their defence tasks at home and around the world some 20,000 members of the Armed Forces are playing a vital part in the national effort to combat the coronavirus pandemic working alongside the NHS in strategic, logistic and frontline roles.

Here, in Herefordshire we wish to acknowledge the outstanding contribution our Armed Forces community makes to the nation and our local community: our serving troops and their families, reservists, veterans, cadet forces and our military charities.

Her Majesty’s Lord Lieutenant of Herefordshire, The Dowager Countess of Darnley, will lead the tribute and flag-raising to mark the beginning of Armed Forces Week in a closed event at Suvla Barracks on Monday 22nd June, in line with social distancing measures. Accompanying her will be the Chairman of Herefordshire Council, representatives from the Armed Forces including Rear Admiral Philip Wilcocks, Major-General Arthur Denaro and Air Vice-Marshal Mike Smart.

An Armed Forces flag will also fly throughout the week at the County Hospital as a fitting tribute to those members of staff who not only previously served their country but now in frontline and essential roles at the Wye Valley Trust.

During periods of deployment, families of Service Personnel (SP) may experience periods of loneliness and anxiety. The military has a unique approach to resilience for its personnel and their dependants, generally borne out of necessity. Communication, accessibility and awareness of all welfare provision and support is key. As is building a sense of community through engagement and interactive activities. Garrisons also depend on the wider local community in which they serve, as for many, this becomes home.

Being part of the wider community and building local social networks assist many families through periods of separation. Whilst many SP families develop individual coping mechanisms they can also rely upon organic welfare support. Opportunities to bring families together through activities and events contribute to the well being of any Armed Forces community. However, support is worthless if a community isn’t aware of its existence. Therefore effective communication is essential for all welfare providers in order to reassure families through periods of uncertainty.
Garrison Welfare Officer

A Day in the Life of an Army Wife
“Well what can I say? It’s rewarding and emotionally draining at the same time. While my husband is away whether it be for a few weeks or many months the one thing that gets me through is my closest friends. They are fortunately in the same position as me so they know exactly what I’m going through. They understand the emotional highs and lows whilst juggling looking after the children, work, and everything else you’re expected to do such as being a mother and wife, as well as trying to keep your own identity. The key to getting through is definitely keeping busy, make plans with friends, communicate with family, and plan fun things to do with children and friends. Also when you talk to your other half, make sure you tell them the good days and bad days, they need to know and sometimes sharing these things instantly makes you feel better. For wives or girlfriends who are new to this – you can do this, and when you do have quality time together as a family or couple it’s definitely more precious and you make sure you enjoy and make the most of your time together.’

Spotlight on veterans working at the Wye Valley Trust

The Wye Valley NHS trust is one of the larger employers in Herefordshire. They do vital work looking after everyone each and every day, especially during the present COVID pandemic.

Mel Bolton has been with the Trust since 2010 in a number of roles and is the General Manager for Medical Specialities. He said “Making the transition from the Armed Forces to the NHS was a seismic shift for me …I did, however, quickly find comfort in the ethos of teamwork and selfless service both vital when working under constant pressure and never more relevant than at present” Mel served in the Army for some 22 years primarily in transport logistics.

Ian Channon is an Army veteran who served for 29 years and is the General Manager for the Directorate of Theatres and Anaesthetics. He was a Lieutenant Colonel and his service included working on worldwide deployments.

Rich Wells joined the Trust in July 2019 and is the General Manager for the Acute and Emergency Medical Directorate. He served in the RAF for 24 years and a highlight of his career was as the Officer Commanding a Typhoon Squadron. Rich said, “So much is very different at a hospital compared to the RAF but the core sense of shared purpose makes it very similar; our team’s commitment and passion is incredibly humbling”

Erica Hermon, Associate Director of Corporate Governance for Wye Valley NHS Trust said: “We are proud to honour our colleagues who previously served in the armed forces by raising the flag at Hereford County Hospital. They bring a wealth of experience and knowledge to the Trust which is invaluable during unprecedented times such as these”. Erica also previously served in the RAF and is the WVT Board’s lead for the Armed forces covenant and support to veterans.

If you, or your spouse or partner, have served in our Armed Forces – if only for a day – or perhaps you know someone who has served and could do with some help, then the Herefordshire Branch of SSAFA-The Armed Forces Charity is here to assist.
SSAFA can provide practical help in many cases of need. For example, during the floods in the county earlier in the year SSAFA Herefordshire obtained funding to enable a number of veterans to replace furniture and other items ruined by water damage. In another case, we helped an ex-forces couple with 2 young children to improve the safety of their home and garden, and make it a suitable place for family life.

Where specialist help is needed, for example with financial, mental health or employment matters, SSAFA can make the referral to those best able to help.

Our trained caseworkers operate throughout the county, and have adapted in response to the Covid-19 pandemic. We are still providing help over the telephone and online, so contact is easy. In the first instance please called 01432 273932 (available 24/7) or email Herefordshire.branch@ssafa.org.uk

In the current situation, it is more important than ever to stay connected to our friends, family and colleagues. What better way to do this than by holding a Virtual Big Brew Up? It’s a great way to enjoy a brew with some cake and catch up with your loved ones whilst raising vital funds for the Armed Forces community. It’s amazing what a brew can do. SSAFA have created an easy step by step guide for anyone interested in hosting a Big Brew. See more at https://www.ssafa.org.uk/support-us/our-national-campaigns/big-brew-up

Both Town Councils will formally sign the Armed Forces Covenant in a virtual ceremony on Thursday 25th June. Each council had planned to sign on VE Day celebrations and commemorations and will now be one of a handful of organisations in the West Midlands to have their pledges signed and endorsed by military representatives online – and the FIRST in Herefordshire!

Our brilliant military charities and caseworkers were quick to respond to the challenges of Covid-19. Mobile phones, video technology, social media and laptops quickly became essential tools in providing 121 support to veterans in need of help. But there was a real concern how we could reach out to those veterans who were not familiar with the technology.

Co-ordinated by Mike Davey, Herefordshire’s Veteran Support Centre Manager, and Ash Winter from the Defence Medical Welfare Service a band of over 20 volunteers came forward to help. Mike Davey says: “We’ve been overwhelmed by the number of volunteers and organisations who have come forward to help. We were really worried about some individuals and families feeling isolated, but social isolation doesn’t mean we can’t be there for veterans as they were for us when they proudly served. We can be at the end of the phone for a chat, help to sort out any pressing needs, try to combat loneliness, put the world to rights, collect any subscriptions and drop off food.”

The Defence Medical Welfare Service provide support to veterans and their families who are undergoing medical treatment in and out of hospital. Welfare Officer Ashley Winter says:”Once lock down happened, many of our clients were then considered ‘shielded’ or ‘vulnerable’ so it made sense to combine forces with the Veteran Support Centre. It would have been an impossible undertaking to ensure nearly 60 shielded veterans received regular checks and supplies without the help of the volunteers – they were and continue to be amazing. The volunteers go above and beyond, whilst respecting social distancing at all times, but also managing to throw in a lot of banter which cheers everyone up!”

One volunteer says: “It’s a pleasure to support these veterans, not only is it good to support them, it also great to get to know them and exchange the odd war story. It’s also amazing to see the true British spirit across the country, from the NHS, police force and carers to the bin men and volunteers workers, it’s what makes this country great. Although this pandemic is not what anyone wants, it has some positive outcomes – time for people to reflect on life and realise there is more to life than what was the norm.”

Black Country Chambers of Commerce- Armed Forces Covenant Lt Col Matthew Longcake
Tuesday 23 June 2.00-2.30pm
Commanding Officer of 37 Signal Regiment Redditch, will give an insight into the work on how local reserves units have stepped up in the response to Covid-19 and how they have played their part in Op Rescript.

Joining the Reserves- A presentation by the Armed Forces
Wednesday 24 June 2pm-3pm
This webinar is aimed at those who are interested in finding out more about the Royal Navy Reserves, Army Reserves or Royal Air Force Reserves. The training, skills and experiences gained in the reserves can be used to improve performance in the workplace and can enhance skills in areas such as leadership, team work, communication and decision making often in challenging situations and environments.

Provide greater awareness and understanding of the British Army. The presentation includes current information on how the Army is supporting the Government’s response to the Coronavirus pandemic.

More details including how to book visit https://www.wmrfca.org/events

As many events have been cancelled due to the coronavirus outbreak, Armed Forces Day (AFD), will be celebrated virtually on the 27 June on AFD social media channels with the public encouraged to show their support from their homes.

They have created a toolkit and social media campaign so we can get involved online. Go to https://www.armedforcesday.org.uk/get-involved

#SaluteOurForces is a simple way for anyone to pay tribute to the British Armed Forces community for their hard work, dedication and efforts to and keep us safe in the UK and across the globe. Why not upload a photo or video of yourself or your friends and colleagues saluting on Twitter?

Don’t forget to use the hashtag #SaluteOurForces 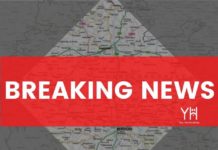 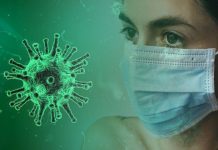 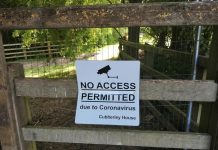 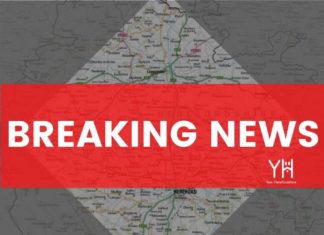 04/07/2020
Police have been busy responding to an incident on Commercial Road in Hereford. Arrests have been made and the...

NEWS | Driver arrested on suspicion of drug driving after travelling...

NEWS | ‘Don’t travel to England for a beer’ say police...