Team Hereford (a city wide partnership of organisations and businesses) has today put out a warning that at least 70 elderly individuals from around the county have been taken in by a scam by people pretending to be police officers asking them to withdraw thousands of pounds in cash. There are many more cases coming in as this post goes out.

• Victims are told to lie to the bank and say it is for home renovations or holidays etc.

• An “officer” is sent to the victims address or meet them outside to collect the money and also any other bank cards and pin numbers. 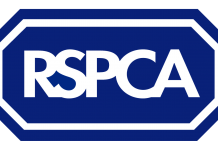 21/10/2020
Both Herefordshire MP's have voted this evening against a motion put forward by the Labour Party and backed by footballer Marcus Rashford...