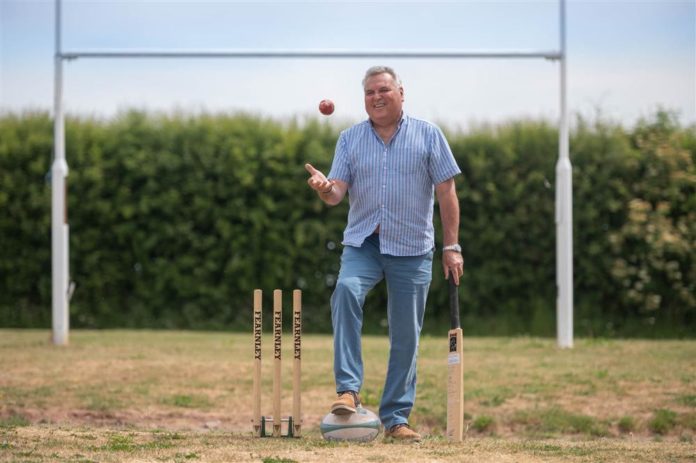 Diagnosed with a rare and incurable cancer in 2006, Nick Nenadich needed four major operations to remove tumours, part of his diaphragm and a lobe of one lung. He also endured sessions of chemotherapy and latterly immunotherapy. Throughout this time, Nick has remained positive and believes he has much to be thankful for.

Within Herefordshire Nick is well known for his work caring for disadvantaged children and his enormous contribution to community sport, especially rugby and cricket having played for many local teams, Hereford, Bromyard and Luctonians Rugby Clubs. Hereford City Sports, Bromyard, Burghill and Tillington and Brockhampton Cricket Clubs. Without a doubt, local-sport remains close to his heart.

Nick’s life has been full of achievements which began at 15 years of age when he ran alongside Steve Ovett in the National Schools Cross Country Championships, but team games have always remained his passion. Reaching what Nick refers to as ‘the business end of his illness’ means a relatively short walk can leave him breathless and fatigued. However, Nick continues to want to make a difference and raise money and particularly awareness for a charity very close to his heart, and one that he feels makes such a difference to our community.

Nick has set himself the challenge to raise £1,000 for St Michael’s by completing 100 cricket runs and 100 rugby conversions in 20 days. He is inviting the Herefordshire Cricket Board and Rugby Clubs to set the challenge to their Juniors.

Nick said, “St Michael’s have helped me enormously. Until recently I thought a hospice was a place where people go to die, and it was all about end-of-life, but I now know it is about much more than that. They have provided psychological support for my family and me, helped me with new techniques in breathing and new ways of managing my progressive illness. But perhaps most importantly pain management, which has become one of the most disabling issues for me and the thing that denies you the quality of life.

St Michael’s has helped me to find a balance in my life, and I feel fortunate to have connected with Dr Tony Blower, the Hospice’s Medical Director who is incredibly knowledgeable on the subject of palliative care. At times, I have felt incredibly sore and uncomfortable, and Tony has been able to smooth things out for me, which is something I will be eternally grateful for.’

Ultimately, I thought, what can I do? I know more than ever the Hospice needs support. I am limited physically, but both Rugby and Cricket have been two of my best friends over my lifetime, and I guess this is my way of saying, “one more time old friends… help me out here.”

You can donate now by visiting – https://www.justgiving.com/fundraising/Nick-Nenadich?fbclid=IwAR3Yb2Fst_WXhlGUc9I4hb0Q2pBfH-rifpZwHCkwQctIvJt6A60DVE0lVrM

NEWS | Ambulance staff who were stabbed are ‘stable’ in hospital

SHOPPING | Would you pay £150 for a pair of Lidl trainers? 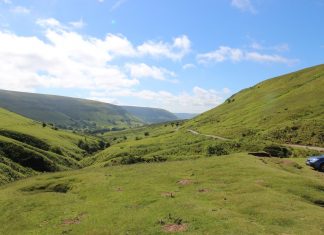 06/07/2020
Following the First Minster of Wales’ announcement on Friday lifting travel restrictions in Wales. Restrictions have been lifted in regards to the...

NEWS | Couple from Hereford named as one of the UK’s...

FOOTBALL | The huge impact of having a black manager...

NEWS | Greene King to reopen pubs and restaurants from today