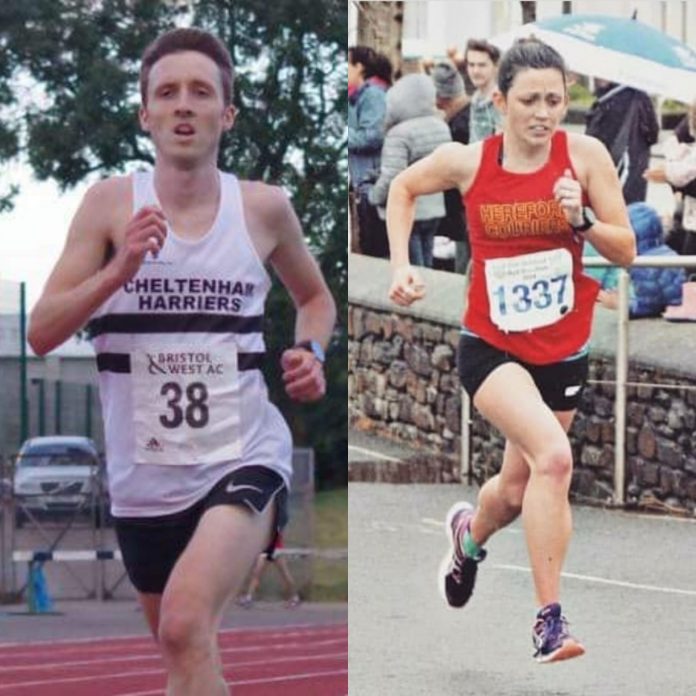 Runners Charlie Jones & Katie Synge-Curtis came out on top in the first of 3 races of the Hereford Couriers Virtual 5k Series which took place last week.

Local running club Couriers organised the 3-race virtual series this July, August & September to replace the cancelled 5k series with over 270 runners taking part from all across the UK competing virtually while maintaining the government’s social distancing guidelines.

In the men’s race, in-form Cheltenham Harriers Jones was the fastest recorded a time of 15 minutes and 27 seconds, ahead of Harriers’ teammate Eliot Taylor 15.58 with Sam Butler of Presteigne Pacers in third, clocking a massive personal best of 16:27.

Quickest female was Couriers’ own Katie Synge-Curtis who finished in 18 minutes and 35 seconds, second was Ludlow Runners Claire Thomas 19.22 closely followed by Samantha Harris of Forest of Dean AC in 19:30.

The race series continues in August and September, plenty still up for grabs for overall series prizes for all age categories & team prizes with all participants receiving a medal for completing the series.