Peter Isaac, the former Hereford United goalkeeper and physio, and his wife Jane have followed the progress of The Little Princess Trust from the charity’s very beginnings.

And so they were both delighted to hand the surplus monies from the recent Giantkillers 50th Anniversary weekend to the Hereford charity this week.

Mr Isaac joined others including John Beaman, Brian Viner, Colin Addison, Dudley Tyler and Ken Mallender in organising events to mark 50 years since Hereford United defeated the mighty Newcastle United in one of the biggest cup shocks of all time.

BBC commentator John Motson was among those to speak at the nights of footballing nostalgia at the Leominster Sports and Social Club and the Green Dragon Hotel in Hereford.

Mr and Mrs Isaac were given a tour of the charity’s new home, The Hannah Tarplee Building, and told how the donation of £260 would help The Little Princess Trust provide real wigs to children and young people, and fund childhood cancer research. 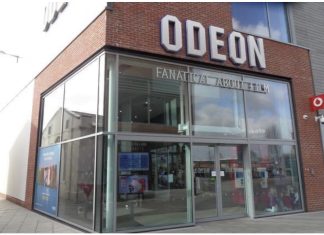