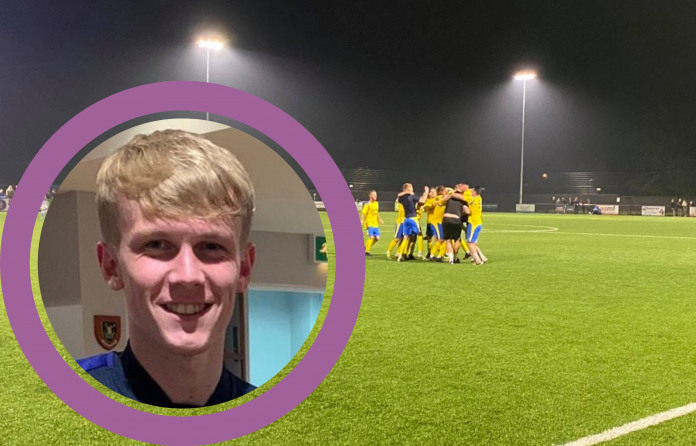 There is a buzz around Allpay Park at the moment. Manager Phil Glover has seen his side pick up two victories over local rivals Hereford Lads Club and Malvern Town, both away from home and with three home games on the bounce, fields are looking to push their way towards the top of the table.

Westfields face bottom of the table Hallen at Allpay Park today, knowing that a win should push them into the top ten, before they face Fairford Town and Cribbs at home over the next ten days.

Despite missing several players to injury, including important players such as Joel Edwards and Aidan Thomas, manager Phil Glover has stuck to the task, brought a couple of players in and Tuesday’s comeback from 2-0 down to win 3-2 at Malvern Town showed a side that is full of character.

To top off the good vibe at the club at present, manager Phil Glover has brought in left sided defender Sean Powell from Builth Wells. This in addition to the return of Ben Miller, should see fields rise up the division.

Your Herefordshire spoke to Sean after hearing the news that he had signed for fields. Here’s what he had to say:

“I’m delighted to have signed for Westfields after just over 4 years playing for my home town Builth Wells.

“I’ve loved every minute of my time at Builth and I’m so grateful for all the class memories they have given me and also for helping me develop into the player I am today.

“Personally I felt the time was right to take on a new challenge and I feel like Westfields is the perfect club to give me that challenge. They have a fantastic set up with top coaches and quality players.

“The lads have been very welcoming so far and I’m looking forward to getting involved with the squad, learning and improving whilst helping the club compete and succeed for the remainder of the season and beyond.”