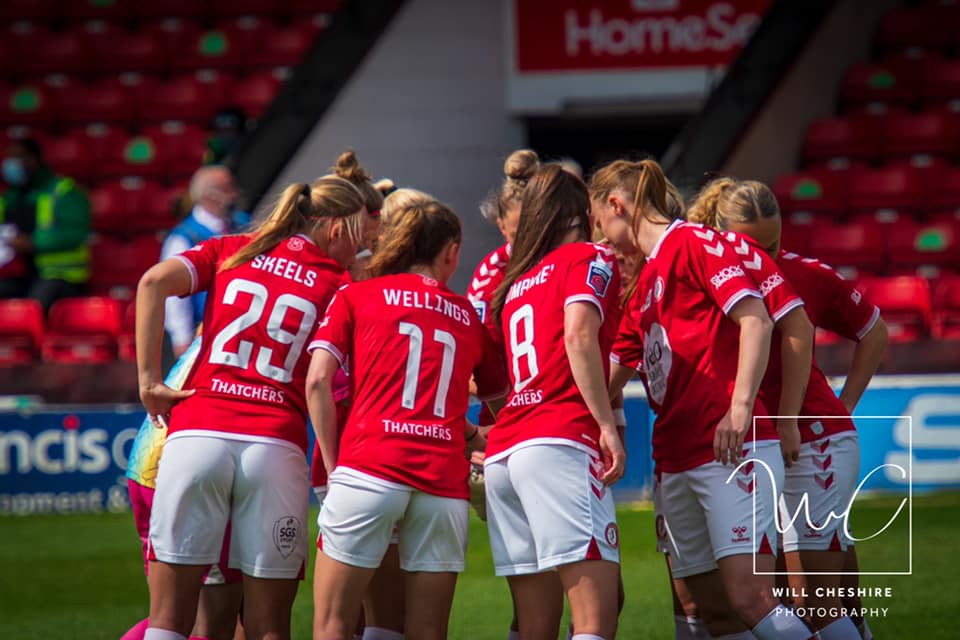 Euro 2022 maybe over but that doesn’t mean Women’s football is over.

Enjoyed watching the tournament or watching England’s Lionesses? Why not play your part with the euro’s legacy by supporting Women’s or Girls football whether it’s grassroots or professional.

Enjoyed watching matches? Why not get along to a match? In Herefordshire we have the following Women’s teams:

Westfields start their league campaign away at Bewdley Town on 4th September at 2pm before playing their first home match of the season two weeks later (18th) against Knowle at 2pm Allpay Park (HR4 9NA). They are currently playing pre season friendlies, so check out twitter for dates and if you are interested in joining the team, again contact them via social media channels.

Hereford Pegasus start their league campaign at home to Inkberrow Eagles on 4th September at 2pm with the match being played at Hereford Pegasus on Old School Lane, Hereford (HR1 1EX). They are currently playing pre season friendlies, so check out twitter for dates and if you are interested in joining the team, again contact them via social media channels.

Ross Juniors make their debut in the Mid West Counties League this season and start the season at home to Redditch Borough on 4th September at 2pm. Home matches are played at Ross Sports Centre in Ross on Wye (HR9 6AD). They are currently playing pre season friendlies, so check out twitter for dates and if you are interested in joining the team, again contact them via social media channels.

Alongside Hereford Pegasus and Ross Juniors in the Mid West Counties league you will also find neighbours Malvern Town and Ludlow Town. Full fixtures and league information can be found on https://fulltime.thefa.com/index.html?league=4314053

Herefordshire FA run a Women’s Development League which last season saw sides from Wellington, Marden, Belmont, Ledbury, Hay and others competing in fixture. Fixtures can be found at https://fulltime.thefa.com/index.html?league=570155472

Outside of Herefordshire our nearest Barclays Women’s Super League club (Tier 1) is Aston Villa, who play home matches at Walsall FC and the occasional matches at Villa Park with tickets prices around £8-£10 for adults (season 2021/22 price). The next home match for them is on 18th September at 12:30pm when they host Manchester City, with the match taking place at Villa Park. A full fixture list can be found at https://www.avfc.co.uk/matches/womens

Barclays Women’s Championship is the second tier of Women’s football and not far from Herefordshire you have three clubs – Birmingham City, Bristol City and Coventry United. Birmingham City play matches at the Men’s stadium (St Andrews) and the next home game is the league opening day 21st August when they host Lewes with a 2pm kick off. Ticket information and details can be found Twitter: @BCFCWomen

Bristol City play at The Robins High Performance Centre, Bristol with the occasional matches at the men’s stadium. Bristol host an open Pre Season friendly this Sunday against Women’s Super League side Reading with a 3pm kick off before their first home game on 28th August against Blackburn Rovers with a 3pm kick off. Ticket information and details can be found on Twitter: @bristolcitywfc

Coventry United play at Butts Park Arena in Coventry and host their first league match against Bristol City on 21st August with a 2pm kick off. Ticket information and details can be found on Twitter: @CovUtdWomen

Neighbours Cheltenham Town have recently been promoted to The FA Women’s National League Southern Premier (Tier 3) and play at Cirencester Town. They begin the season 21st August against Plymouth Argyle with a 2pm kick off. Twitter: @CTLadies

Just over the border, Abergavenny Women play in the Genero Adran Premier Division (tier 1) but league fixtures have not been released yet. They have got a couple of friendlies lined up before the season starts in September, so check social media for more information.

Across Herefordshire clubs are delivering “Wildcat” sessions which give girls aged 5 to 11 non-competitive football and allows them a chance to give football a go for the very first time. The sessions are all about having loads of fun and making new friends. A list of Weetabix Wildcats providers can be found on the Herefordshire FA website – https://www.herefordshirefa.com/players/youth/girls/wildcats

Across Herefordshire you will find numerous junior clubs such as Ross Juniors and Tupsley Girls (you may of seen their flags on tv during the euros at various matches) competing in the Herefordshire Girls Football League. If you are looking to join a club you can use the Find a Club option on the Herefordshire FA website which is https://www.herefordshirefa.com/

Opportunities: Many clubs run training sessions that are open to women wanting to just play recreationally without the competitive element. Alternatively, there are numerous recreational walking football sessions across the county which are open to women. Recreational sessions and walking football can be a great entry point into the game for both new and returning players. Herefordshire FA can also support anyone with a physical, learning disability or mental health challenges who would like to play, coach, referee or volunteer in football. You can find out more by visiting https://www.herefordshirefa.com/