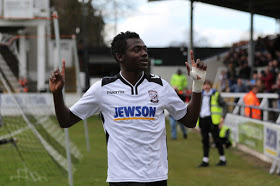 Former Hereford FC forward Mustapha Bundu has joined Anderlecht from AGF for a fee of around 3 million euros.

“Mustapha is an incredibly gifted footballer and often generated excitement and anticipation when he was on the ball. His contribution to Hereford FC in our formative years will be fondly remembered by all those that were lucky enough to witness his talent.

“Mustapha is also a genuinely nice character and hard working professional. It was obvious that he was destined for success in football and I am just happy that part of that success was for Hereford FC and that we played a huge part in his development as a professional.

“We all congratulate Mustapha on his continued success and recent transfer to RSC Anderlecht. I am sure we will be reading a lot more about him in the years to come!

“Let’s hope we can get him to revisit Edgar Street one day soon!”

Bundu has agreed a four year deal with Anderlecht and he said:

“I am an attacking player, strong and fast.

“Why did I choose Anderlecht? This is the perfect step in my career.”

Bundu was a regular for Hereford FC in the clubs first season after reforming, with many fans critical of manager Peter Beadle’s decision to leave him out of the starting line up at Wembley. 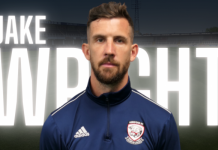