Hereford Lads Club kick off 2022 with a home fixture against Westbury United at The County Ground this afternoon.

Danny Moon’s side will be looking to bounce back from the disappointment of a 2-0 derby day defeat on the 27th December against Westfields. Prior to the defeat at Allpay Park, Lads Club recorded a very respectable 2-2 home draw against a high flying Malvern Town side.

Lads Club sit in 14th position in the Hellenic Premier Division and find themselves 11 points above the relegation zone. Today’s visitors to The County Ground Westbury United sit in 8th position on 42 points, but if they were to win their four games in hand, they could find themselves just three points behind leaders Bishops Cleeve. Westbury beat Lads Club 5-2 earlier this season, so this will be an extremely tough test for Danny Moon’s side.

With Hereford FC’s local derby against Kidderminster Harriers being called off due to positive COVID-19 tests in the Bulls squad, Hereford Lads Club have kindly reduced the entrance fee for any Hereford FC supporters who are looking to get a football fix this weekend. Admission costs are normally £5 for adults, but Hereford FC supporters can gain entry for today’s 3pm kick off for just £3.

The bar in Lads Club will be open from midday and the Chelsea vs. Liverpool match will be shown after the Lads Club game finishes. 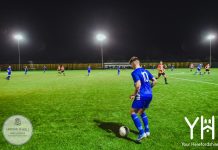 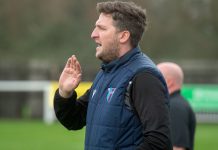 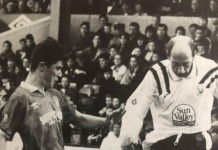