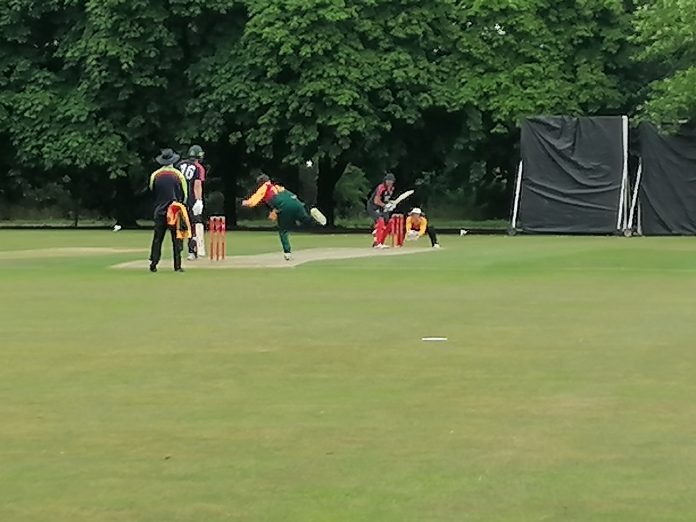 A BRILLIANT century by teenager Ollie Walker failed to halt Herefordshire’s losing run as the county side went down by 33 runs to Lincolnshire in their final NCCA 50-over competition group game.

Walker smashed an extraordinary 115 from just 88 balls and moved from 50 to his century in just 15 deliveries as he despatched the home attack to all quarters of the picturesque Bracebridge Heath ground.

The 17-year-old became only the second player to hit a century on his debut for Herefordshire in this competition. The first was Peter Trego who went on to have the sort of spectacular first-class career that Walker will doubtless hope to have the opportunity to emulate.

Lincolnshire won the toss and made a shaky start as James Rudge (2-58) and Tommy Rex (1-55) broke through quickly.
But home skipper Tom Keast with a run-a-ball 121 and Ben Wright (63) benefited from a couple of dropped catches to power the score on to 242-3.

At this point, a total well in excess of 300 looked possible, but Dave Ball (2-45) picked up two wickets in two balls and then three run-outs effected by the bowlers – Rudge twice and Ball – with superbly executed direct hits saw the innings close at 282-9.
Herefordshire lost last week’s centurion Ben Chapman-Lilley in the first over of their reply to Mark Footitt (3-34), not long ago a member of England’s Test squad.

But skipper Nick Hammond (33) dug in as Walker began his onslaught.

Wickets, though, fell regularly until Rudge (28) joined Walker in a 95-run stand for the sixth wicket.

Walker, who blazed seven sixes and 10 fours, kept up the onslaught but his dismissal marked the beginning of the end and the innings closed on 249, the last two wickets falling to brilliant catches by Keast behind the wicket off Footitt.

Herefordshire, who have finished at the foot of their group in this competition after losing all four of their matches, begin their three-day championship programme when they entertain Dorset at Eastnor on July 3.

CAPTION: Dave Ball faces up to the Lincolnshire attack with Ollie Walker looking on from the non-striker’s end. 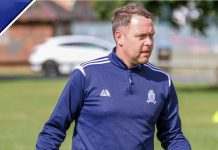 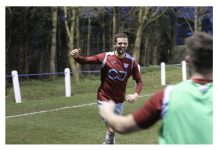 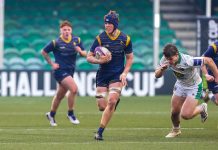