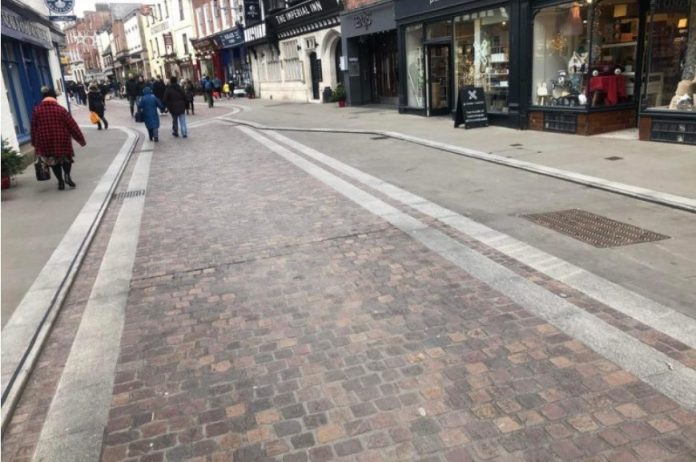 For many years now, the kerbs on Widemarsh Street in Hereford have caused issues for pedestrians, with many tripping over and some sustaining some fairly nasty injuries.

It’s a regular occurrence to see somebody receiving medical support after such an incident and the news at the end of last year that improvements and changes are set to be made was welcomed by many.

Recent documents released by Herefordshire Council show that the cost of the improvements to the kerbs on Widemarsh Street could cost in excess of £700,000 (Inclusive of VAT).

Alongside the City Link Road planters and other projects such as the City Green Cycle Shelters, this multi-million investment in Hereford city centre is hoped to help increase footfall and make the city centre a more welcoming place to visit.

Herefordshire Council is yet to confirm a date when the work on Widemarsh Street will take place.