South Wales Police have confirmed that a man has died following a stabbing in Hansen Street, Butetown, Cardiff, shortly after 9am on Tuesday, November 23).

Although formal identification has not been carried out, he is believed to be a 31-year-old local man. Next of kin have been informed.

A 44-year-old man was arrested in the Splott area of Cardiff yesterday on suspicion of murder and he remains in custody.

Detectives are not looking for anybody else in connection with the man’s death.

South Wales Police have thanked the local community for their co-operation while enquiries continue and would urge anyone with information to contact police quoting occurrence *410667.

Go to: https://bit.ly/SWPProvideInfo
Send a private message on Facebook/Twitter
Via email: SWP101@south-wales.police.uk 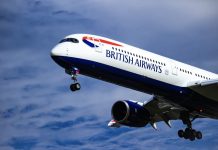