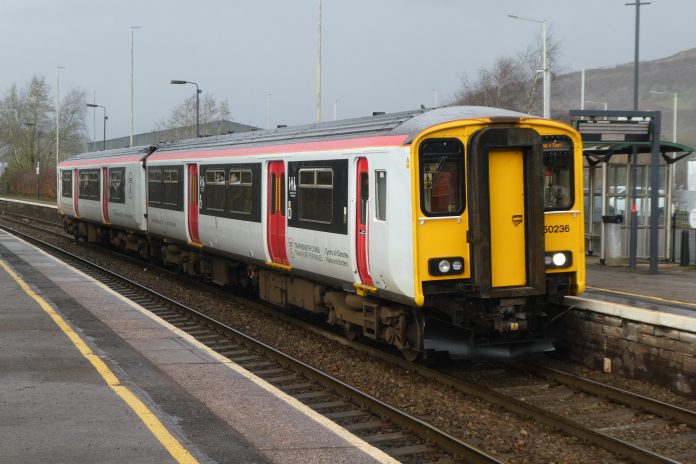 Transport for Wales advises passengers not to travel by rail on strike days and to expect further disruption.

Transport for Wales (TfW) is advising customers not to travel by train on 21, 23 and 25 June, with the majority of their rail services suspended as a result of industrial action resulting from the dispute between RMT and Network Rail.

Due to the wider disruption caused, they’re also advising customers to only travel by rail if essential for 20, 22, 24 and 26 June.

TfW is not in dispute with RMT, but the industrial action means they are unable to operate rail services on Network Rail infrastructure.

On 25 June, this will be reduced further to services between Radyr and Treherbert, Aberdare and Pontypridd, with replacement buses in operation between Radyr and Cardiff Central, and between Pontypridd and Merthyr Tydfil due to the ongoing transformation work for the South Wales Metro.

All other services will be suspended, as signalling and other infrastructure work is managed by Network Rail, who are impacted by the industrial action.

Full details of the timetable for these days will be available from 16 June. Customers can find these on the TfW, Traveline and National Rail websites using the journey planners.

Customers with existing non-season tickets valid for travel from Tuesday 21 June to Saturday 25 June can use those tickets anytime between Monday 20 June and Monday 27 June. Alternatively, customers can claim a full refund, with no admin fee charged. Season ticket holders can apply for compensation via Delay Repay.

In the meantime, TfW has suspended sales of Advance tickets for the first three strike dates in order to minimise the number of people disrupted. Customers are advised to continue to check the TfW or Traveline websites, and those of other operators, for updates.

West Midlands Railway (WMR) has confirmed details of its reduced timetable which will be in operation during planned industrial action.

Members of the National Union of Rail, Maritime and Transport Workers (RMT) have announced their intention to stage strike action on Tuesday 21 June, Thursday 23 June and Saturday 25 June.

A very limited number of WMR services will run on these dates, with passengers urged to only travel if essential. In order to allow vital freight transportation to continue, those services which do run will operate between 7.30am and 6.30pm on these days.

A significantly reduced service will also operate on Wednesday 22 June and Friday 24 June as the strike action will impact the usual operation of the railway. On these days services will commence at 7.30am with last trains earlier than usual.

“It is very disappointing that this planned strike action by the RMT is set to cause significant disruption to our passengers.

“We will be operating a very limited service all through the week and we are asking customers to only travel with us if their journey is essential and no other transport option is available to them.

“Passengers holding tickets or season tickets will be entitled to refunds and should visit our website for information.”

The following routes will have a limited service in operation between 7.30am and 6.30pm on strike days:

No trains will run on any other WMR route, including all routes via Birmingham Snow Hill, Birmingham-Shrewsbury, Birmingham-Worcester-Hereford and Nuneaton-Leamington Spa.

For further information passengers should visit www.wmr.uk/industrialaction– full timetables will be published later this week.

Only travel if necessary and expect severe disruption, GWR warns as RMT strikes set to impact trains all week

Significantly reduced timetable announced, with only 30% of services operating on strike days

Train operator GWR has announced its planned timetable to operate next week as industrial action by the RMT union at train operators across the industry and Network Rail is expected to severely affect services from 21 to 25 June.

GWR is warning people to expect severe disruption and to only travel by rail if absolutely necessary.

On strike days the operator is aiming to provide about 30% of its usual timetabled services, and about 50% on non-strike days.

“We very much welcome the opportunity to continue to talk with the RMT to avert strike action. Any strike will impact on customers’ journeys and can only damage the post-covid recovery everyone at GWR has been working to win back, while at the same time making it more difficult to deliver the changes we need to secure jobs and services for the future.

“I’m hopeful the RMT will step back, however colleagues have been working hard to put contingency plans in place and give certainty to customers who need to travel. The priority will be to keep trains running and customers moving safely, but changes will be needed to allow that to happen and customers may wish to alter their plans.”

Where trains are able to run, they are expected to be extremely busy and replacement bus services are not able to be provided.

Customers who have already purchased tickets can claim a full refund or can amend their ticket; those who travel and are delayed may be entitled to delay repay compensation if they are delayed by 15 mins or more. Season ticket holders can apply for compensation through the Delay Repay scheme.

To help customers, GWR is allowing people with tickets for travel on strike days to be able to travel on the day before and up to two days after.

A change in the law enabling businesses to supply skilled agency workers to plug staffing gaps during industrial action has been unveiled by the government today (Thursday 23 June).

Under current trade union laws employment businesses are restricted from supplying temporary agency workers to fill duties by employees who are taking part in strikes. This can have a disproportionate impact, including on important public services, causing severe disruption to the UK economy and society – from preventing people from getting to work to creating challenges for how businesses manage their workforce.

Today’s legislation, repealing these burdensome legal restrictions, will give businesses impacted by strike action the freedom to tap into the services of employment businesses who can provide skilled, temporary agency staff at short notice to temporarily cover essential roles for the duration of the strike.

Removing these regulations will give employers more flexibility but businesses will still need to comply with broader health and safety rules that keep both employees and the public safe. It would be their responsibility to hire cover workers with the necessary skills and/or qualifications to meet those obligations.

It would also help mitigate against the impact of future strikes, such as those seen on our railways this week, by allowing trained, temporary workers to carry out crucial roles to keep trains moving. For instance, skilled temporary workers would be able to fill vacant positions such as train dispatchers, who perform vital tasks such as giving train drivers the signal they are safe to proceed and making sure train doors aren’t obstructed.

During this week’s strikes, that role has had to be carried out by train managers who could have been better used in more safety critical roles, such as guards. This legislation would allow that, as well limiting the impact future strikes have on hardworking commuters and the economy.

The change in law, which will apply across all sectors, is designed to minimise the negative and unfair impact of strikes on the British public by ensuring that businesses and services can continue operating. For example, strikes in public services such as education can often mean parents have to stay at home with their children rather than go to work, or rail sector strikes stopping commuters getting to work or to other businesses.

Subject to parliamentary approval, these changes are made through a statutory instrument and are set to come into force over the coming weeks and will apply across England, Scotland and Wales.

Once again trade unions are holding the country to ransom by grinding crucial public services and businesses to a halt. The situation we are in is not sustainable.

Repealing these 1970s-era restrictions will give businesses freedom to access fully skilled staff at speed, all while allowing people to get on with their lives uninterrupted to help keep the economy ticking.

Despite the best efforts of militant union leaders to bring our country to a standstill, it’s clear this week’s strikes did not have the desired impact due to more people being able to work from home. However, far too many hard working families and businesses were unfairly affected by union’s refusal to modernise.

Reforms such as this legislation are vital and will ensure any future strikes will cause even less disruption and allow adaptable, flexible, fully skilled staff to continue working throughout.

The government has also announced today that it is raising the maximum damages that courts can award against a union, when strike action has been found by the court to be unlawful. The caps on damages, which have not been changed since 1982, will be increased. For the biggest unions, the maximum award will rise from £250,000 to £1 million.