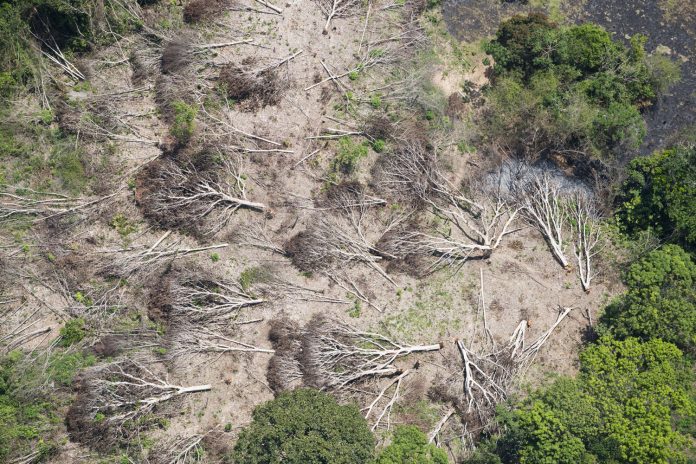 Britain’s leading supermarkets and fast food outlets are selling chicken fed on soya that has been linked to vast deforestation and thousands of fires across a vital region of tropical woodland in Brazil, an investigation led by The Guardian, ITV and Unearthed has revealed after being published by The Bureau of Investigative Journalism. (https://www.thebureauinvestigates.com/stories/2020-11-25/british-chicken-driving-deforestation-in-brazil)

Tesco, Asda, Lidl, Nando’s and McDonald’s source chicken produced in the UK by the agribusiness giant Cargill – America’s second biggest private company. It is estimated that Cargill ships more than 100,000 tonnes of soya beans to the UK every year from Brazil’s threatened Cerrado savannah.

Though less well known than the Amazon rainforest to its north, the Cerrado is an enormous natural biome, covering 2 million sq km of land. It is a major habitat for wildlife – home to 5% of the world’s plant and animal species – and a critical region for tackling climate change. It is also under increasing threat from industrial food production.

An investigation by the Bureau and a coalition of reporting partners has revealed the complex supply chains that bring this soya to the UK – much of it from the deforestation hotspot of the Cerrado, where allegations of land-grabbing, violence and deforestation have been rife.

Exclusive figures obtained from Aidenvironment, a research consultancy, reveal 800 sq km of deforestation and more than 12,000 recorded fires since 2015 on land used or owned by a handful of Cargill’s soya suppliers in the Cerrado. Fires are often set to clear woodland and aid agricultural expansion. Footage obtained in the investigation shows huge fires burning on a farm belonging to one of Cargill’s suppliers in October.

Where does Herefordshire come into this?

The investigation followed a shipment of soy sourced from the deforested area to the port of Cotegipe, where it joined a consignment heading to Cargill’s soya terminal in Liverpool.

The shipment was then tracked heading to animal feed mills owned by Cargill in Herefordshire and Oxfordshire.

The soya was then combined with other grains like wheat to make chicken feed before being supplied to farms which rear chicken for Cargill’s UK chicken business – a company called Avara.

The investigation then followed one branch of that chain, from Avara’s chicken farms in Herefordshire to the Cargill-owned abattoir on the outskirts of Hereford.

Cargill said it broke no rules, nor its own policies, by sourcing from the farm in question and made clear it does not source from illegally deforested land.

The broadcaster and campaigner Chris Packham said the revelations showed that consumers needed to be given more information about their food. “Most people would be incredulous when they think they’re buying a piece of chicken in Tesco which has been fed on a crop responsible for one of the largest wholesale tropical forest destructions in recent times,” he said.

“We’ve got to wake up to the fact that what we buy in UK supermarkets, the implications of that purchase can be far and wide and enormously damaging, and this is a prime example of that.”

The findings come as the British government is proposing new legislation, aimed at stamping out deforestation in British supply chains, that would make it illegal for companies to import foodstuffs linked with any illegal environmental destruction in the source country.

Campaigners and politicians say the legislation needs strengthening because it would potentially omit areas – including the Cerrado – where local laws permit significant deforestation.

“Voluntary commitments … from the private sector just don’t work, which is why we need robust UK legislation,” Kate Norgrove, director of campaigns at WWF-UK, said. “Although an important first step, the proposed approach to due diligence, relying on local laws, will not be enough. We need a legally binding UK target to end all deforestation and habitat destruction in precious landscapes like the Cerrado through our imports.”

Neil Parish, the Conservative chair of the environment select committee, said he welcomed the government’s proposals, “but this investigation shows legal deforestation is widespread, ingrained and endemic in our supply chains”.

A spokesperson for the Department for Environment, Food and Rural Affairs said the proposed legislation was one piece of a “much larger package of measures” to tackle deforestation. “Businesses must take greater responsibility for ensuring the resilience, traceability and sustainability of their supply chains.”

Some argue the only way to get companies to act is by applying public pressure. “It’s vital that pressure is applied to Cargill, but also to the household names like Tesco, Asda, McDonald’s and Nando’s if they are using soya from deforestation hotspots for their chicken,” said Parish. “Naming and shaming these companies is an important tool in our armoury, and our consumers deserve to know.”

Ten years ago Cargill set itself a deadline of 2020 to eliminate deforestation in its supply chains of key commodities such as soya, but admitted last year it would not be met. It has pushed back its deadline to 2030 instead. McDonald’s has given itself until 2030. Experts have repeatedly warned this is far too late.

While the Amazon rainforest has become the focus of global environmental concern in recent decades, its neighbouring Cerrado region remains largely unknown to the outside world. Yet despite being much smaller than the Amazon, it has lost more of its vegetation over the 10 years to 2018, and today only half of its original cover remains.

The Cerrado’s trees, shrubs and plains are estimated to store the equivalent of 13.7bn tonnes of carbon dioxide – significantly more than China’s annual emissions. The savannah is considered a crucial part of South America’s water system and is home to many indigenous communities as well as endangered animals, including jaguars, giant armadillos and giant anteaters. It provides a habitat for more than 4,800 species of plants and animals found nowhere else on the planet. 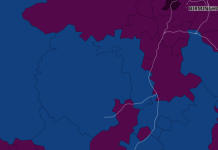 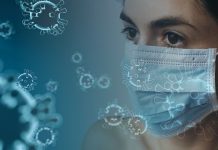 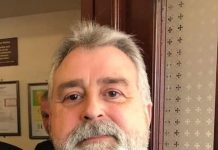 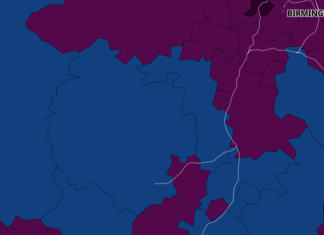 NEWS | This is how Herefordshire’s COVID-19 infection rate compares to...

09/01/2021
Herefordshire's COVID-19 infection rate continues to rise, with a significant increase in cases over recent weeks. However, some local areas are seeing...