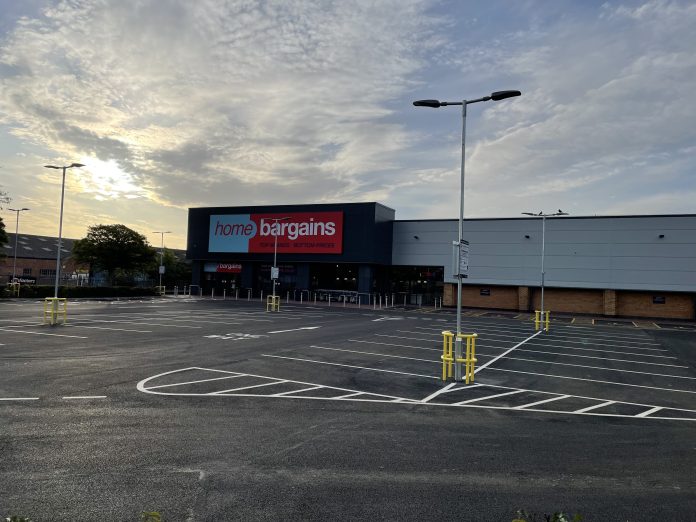 The newly refurbished and much bigger Home Bargains store in Hereford opens at 8am today.

Thousands of people are expected to visit the store on its opening day but at 7.10am there is no sign of any queues just yet!

The store will be open from 8am-8pm Monday to Saturday, with opening hours of 10am-4pm on a Sunday. The store will also employ a number of new staff due to the premises almost doubling in size! This means a bigger shop floor and more bargains!

The store, located just off Holmer Road in Hereford has nearly doubled in size after extending into the unit previously occupied by Bensons for Beds.

The car park has been resurfaced but hasn’t been made any bigger.

The investment follows similar investment in Hereford from companies such as Lidl and Farm Foods.

The Food Warehouse also recently opened a new store in the city.