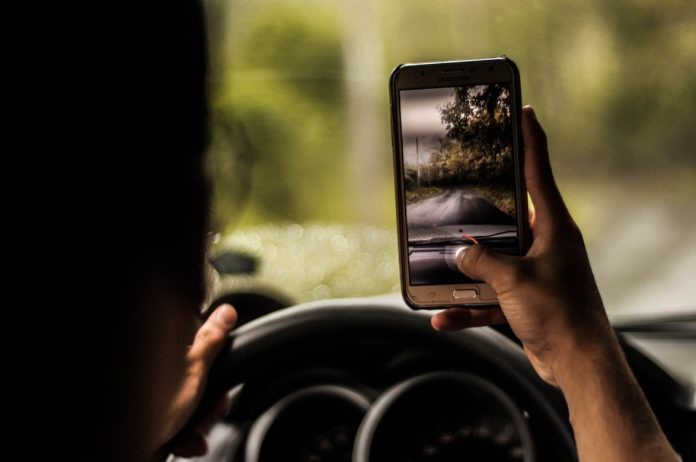 Drivers are to be hit with £200 fines and six points on their licence if they use their phone under virtually any circumstance at the wheel, the Department for Transport (DfT) has announced.

While it’s already illegal for motorists to text or make phone calls (other than in an emergency), new laws expected to be enforced next year will ban taking photos or videos, scrolling through playlists and playing games.

The updated rules will also make it clear that such hand-held phone use at traffic lights or in traffic jams is illegal. These new measures are aimed at helping prevent dangerous driving, making it easier for police to enforce rules and improving road safety.

The only significant exception is that motorists will still be permitted to use a device ‘hands-free’ while driving, such as a satnav, if secured safely. Mobile payments at drive-through restaurants or on toll roads will also still be allowed.

However, officers can still charge drivers with an offence if they find them not taking responsibility behind the wheel and not in proper control of their vehicle.

Transport Secretary Grant Shapps said: “Too many deaths and injuries occur while mobile phones are being held.

“By making it easier to prosecute people illegally using their phone at the wheel, we are ensuring the law is brought into the 21st century while further protecting all road users.”

The RAC has strongly welcomed the government’s strengthening of mobile phone driving laws but has stressed they must be vigorously enforced to make real change to road safety.

The move was first announced last year, but was then delayed. The changes are now expected to happen early next year, along with clear updates to the Highway Code.

The announcement follows a public consultation that found 81% of respondents supported proposals to strengthen the law and make it easier for culprits to be prosecuted. Minor exemptions to the rules will include calling emergency services when it’s not possible to stop and remote-controlled parking.

RAC road safety spokesman Simon Williams said: “We strongly welcome the government’s strengthening of the law on handheld mobile phone use behind the wheel.

“As our phones have become more sophisticated, the law has not kept pace and this has allowed some drivers who have been using their handheld phones for purposes other than communicating to exploit a loophole and avoid the maximum penalty.

“Our research suggests that more than one in 10 younger drivers admit to taking a photo or video while driving, while 6% say they have played a game.

“While today’s announcement is clearly good news, it’s absolutely vital that the new law is vigorously enforced otherwise there’s a risk that it won’t deliver the sort of behaviour change that will make our roads safer.”

Anyone caught using their hand-held device while driving will face a £200 fixed penalty notice and six points on their licence.