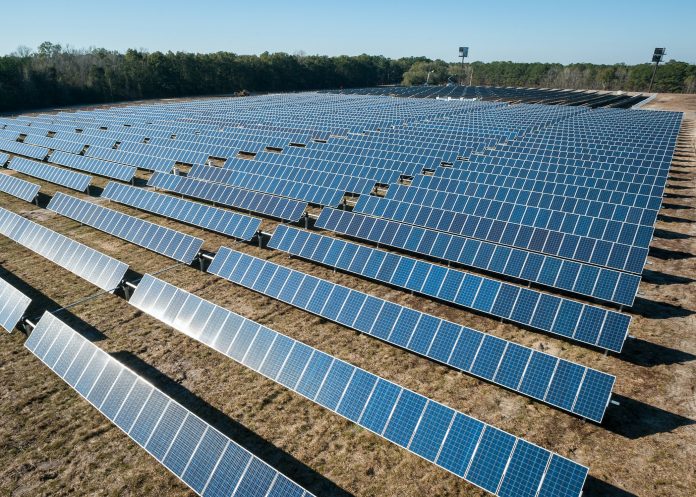 Plans for a huge solar farm the size of more than 50 football pitches on the outskirts of Hereford has been given the stamp of approval by councillors this morning.

Herefordshire Council’s planning committee is set to decide today whether to grant permission for a huge solar farm that could provide power for more than 11,000 homes on the outskirts of Hereford.

This application was submitted on the 25th October 2021 to the Council following pre-application advice in September 2020. The application seeks permission for a solar farm comprising an array of ground mounted solar PV panels with associated inverters/transformers and a sub-station compound, as well as fencing, security cameras and cabling.

The application site occupies several agricultural fields within the Parishes of Mordiford and Lugwardine on land located 5.4km to the east of the city centre of Hereford. The site is located on the western side of Clay Hill Pit Road (C1292) which connects the villages of Dormington and Mordiford.

The nearest villages to the site are Dormington to the north east at around 800m, Priors Frome to the south east at around 600, and Bartestree and Hagley to the North West at around 450m. St Michaels Hospice is located 250m to the northwest and Longworth Hall 440m to the east of the site. The nearest residential dwellings are Longworth Mill located on the southwest corner of the site; Larport Farm located 350m from the south east corner of the site; and properties to the east of Clay Hill Pit road at distances around 450m from the site.

The application site covers an area of 46.15ha, and the proposed development will occupy an area of approximately 45ha. The proposal is to provide a solar farm with a capacity of up to 43MWp which will generate enough to power the equivalent of up to 11,108 homes. The proposed solar farm and battery storage will be connected to the electricity distribution network at the Dormington sub-station. The construction phase for the development is expected to last no longer than 6 months. The proposed development will be operational for 35 years after which the site will be fully decommissioned and restored.