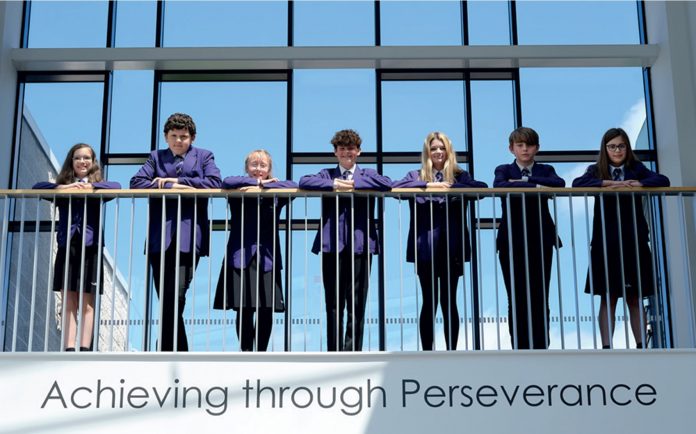 An Ofsted inspection carried out at the end of June this year has resulted in a Hereford school being taken out of special measures and being graded as outstanding in one area – personal development – and good in both itsbehaviour and attitudes, and leadership and management.

Ofsted inspectors were visiting the Hereford Church of England Academy for the first time since late 2019 and they left in no doubt that huge positive progress has been made, many due to the hard work done by staff to address issues raised in the past.

Of the many positive comments in the report the school has received, perhaps the most pleasing are that Ofsted found that ‘tolerance and respect for others runs through everything the school does’, that the ‘promotion of pupils’ personal development is exemplary’ and that ‘the school has a strong culture of caring for pupils and keeping them safe’.

The report also notes that the school’s work to improve pupils’ reading is ‘proving successful’, that it is an ‘attractive, calm and orderly place for pupils to study’and that pupils benefit from a wide range of musical, sporting, leadership and other opportunities, while the school and its pupils also ‘actively serve the local community’.

A key finding is that Ofsted clearly state that ‘the quality of education pupils receive has improved considerably in the past two years’.

The Hereford Academy is one of 15 academies that are part of the Diocese of Hereford Multi-Academy Trust and commenting on the recent Ofsted report, the Trust’s Chief Executive Officer, Andrew Teale, said:

“The Hereford Academy has been transformed in recent years. The fantastic leadership of Michael Stoppard and his team has been instrumental in bringing about positive change for the school and its community, and we are incredibly proud of this school and the strong support it gives its pupils.

“The fact that personal development was judged to be outstanding by Ofsted says a huge amount about the school’s culture and ethos. This is a Church of England school that is dedicated to ensuring that every pupil can flourish and has a chance to live life in all its fulness.

“We know there is more work to do, but we are absolutely delighted for the school community, its dedicated teachers, support staff and governors, but most of all for the fabulous pupils who deserve to have the best education possible in all areas.”

Reflecting on the Ofsted report, Michael Stoppard, Headteacher at The Hereford Academy, commented: “It has been really pleasing to read the report and it’s right that the hard work done by everyone at our school has been acknowledged and praised so strongly.

“I am very proud of our school’s progress and I’d like to thank everyone who has helped make the improvements here. Most of all though, thank you to all our pupils for the positive way they have responded to the changes that have been made.”