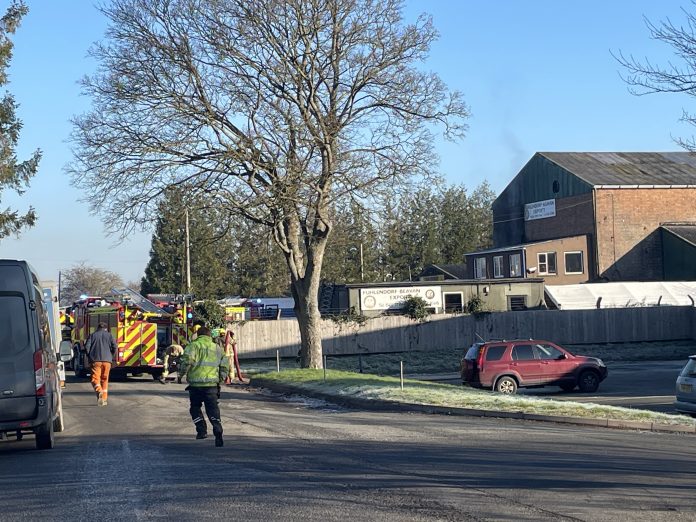 Hereford & Worcester Fire and Rescue Service crews remain in attendance at a fire at Fulhendorf-Beavan Exports in Hereford this morning.

A number of crews are on the scene and the road is closed. The fire does appear to be under control.

A spokesperson for Hereford & Worcester Fire and Rescue Service told Your Herefordshire:

“Hereford & Worcester Fire and Rescue Service crews from Hereford, Ross and Fownhope Fire Stations were called at 10:15 on 14 January to a building fire on Fir Tree Lane, Rotherwas. The fire is confined to the exterior of the building where a large number of white goods are on fire – the fire is being fought by two firefighters wearing breathing apparatus and using hosereels.”